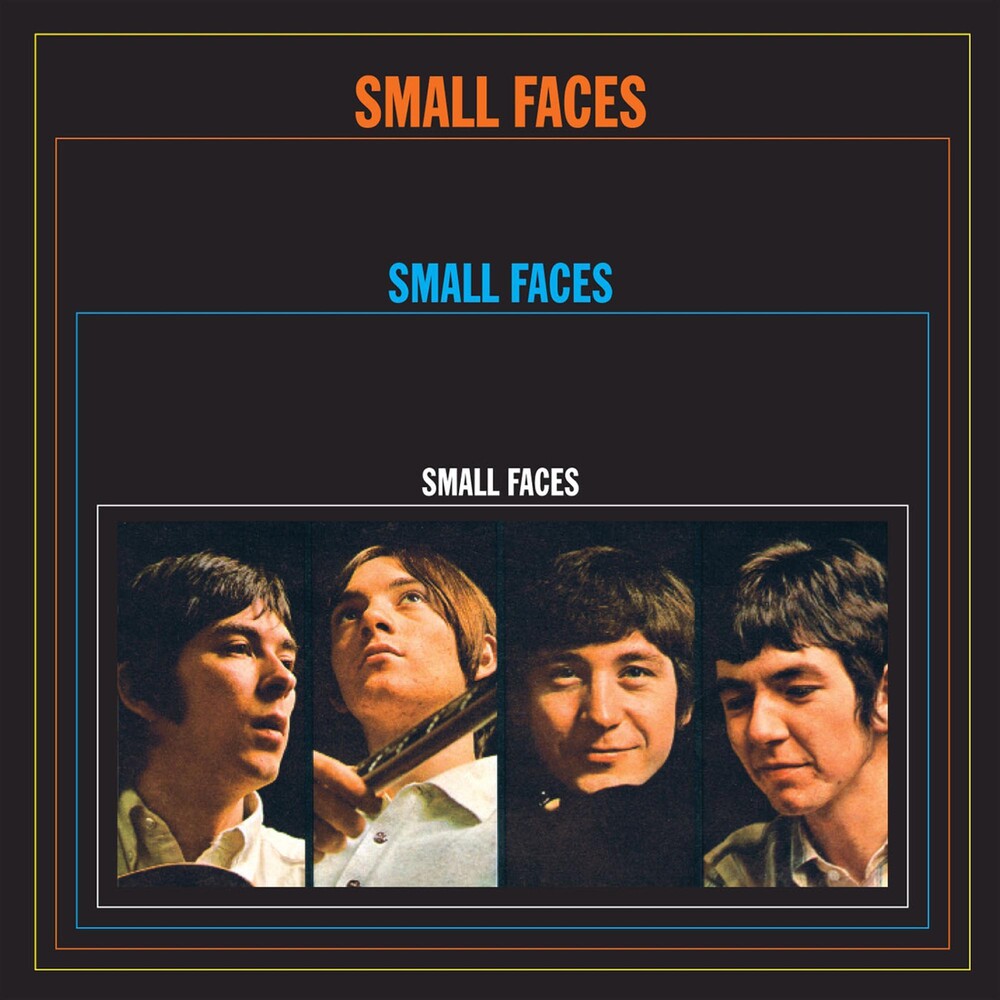 Vinyl LP pressing. Small Faces is the eponymous second studio album by The Small Faces, released in 1967. The album was their first for Immediate Records after leaving Decca. It peaked at number 12 in the UK Album Chart. In America, the album was issued with an alternative track order as There Are But Four Small Faces. The band's debut album, released on Decca in 1966, is also entitled Small Faces. The album is considered to be the artistic breakthrough for the group's songwriting and compositions, as well as their transition from a mod-influenced band to a psychedelic studio group, which they became seen as during their final months. It is their first LP to contain solely original compositions.