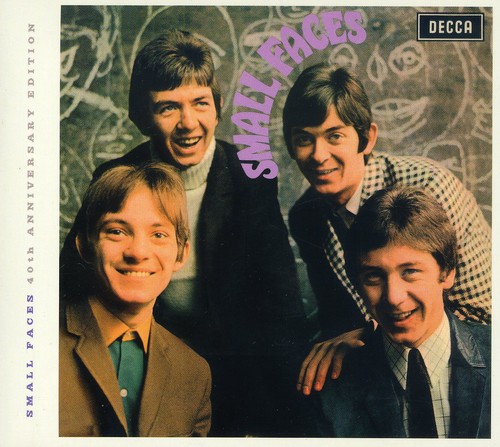 Digitally remastered and expanded reissue of The Small Faces' 1966 debut, originally released on the Deram label. The Small Faces featured Steve Marriott, Kenny Jones, Ian McLagan and Ronnie Lane and while they achieved success during their short time together, they are more appreciated four decades later than they ever were before! Contains the original releases 12 tracks and adds an additional 11 non-album and rare bonus cuts for a total of 23 sizzling sides! Includes 'Sha-La-La-La-Lee', 'Shake', 'Come on Children', 'What'cha Gonna Do About It', 'You'd Better Believe It' and more. Universal. 2006.