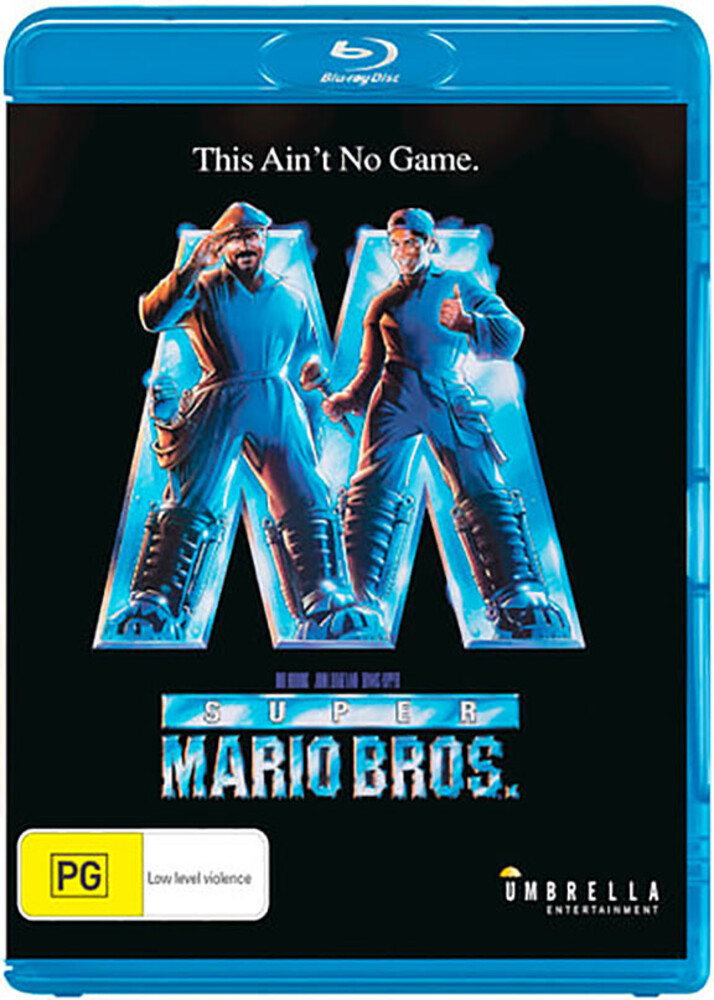 Loved by young fans of the Super Mario Bros video game, made with a huge budget and stellar cast, this sci-fi action thriller from 1993 has attained cult status for it's audacious script and special effects. Buckle up and hang on tight - the discovery of a parallel universe launches you into the adventure of a lifetime! Mario and Luigi, two wacky plumbers, undertake a daring quest to save a princess in "Dinohattan" - a hidden world where the inhabitants evolved from dinosaurs! Mario (Bob Hoskins - Who Framed Roger Rabbit) and Luigi (John Leguizamo, Moulin Rouge!) face deadly challenges from a diabolical lizard king (Dennis Hopper - Apocalypse Now) and must battle giant reptilian goombas, outwit misfit thugs, and undermine a sinister scheme to take over the world! Blast off for nonstop excitement with the first ever live-action adaptation of a popular video game.
back to top