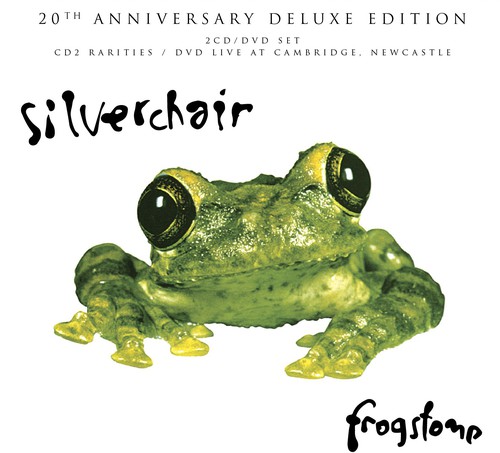 Deluxe three disc (two CDs + PAL/Region 0 DVD) edition with embossed cover contains original re-mastered album, a bonus rarities disc, and a DVD containing music videos and a live concert from the Cambridge Hotel in Newcastle recorded in 1995. Digitally re-mastered 20th Anniversary edition of the Australian alt-rock band's history-making debut album. In April 1995, Frogstomp became the first debut album by an Australian artist to enter the national ARIA Album Chart at #1 - the first of five #1 albums for the band. Within a week of release Frogstomp was certified platinum and remained in the top position on the ARIA album charts for the next three weeks. During this time the album was certified double platinum. By the end of 1995 the album was certified triple platinum and to date has sold over 400,000 units (five times platinum) in Australia alone. Features the hits 'Israel's Son', 'Tomorrow' and 'Pure Massacre'.
back to top