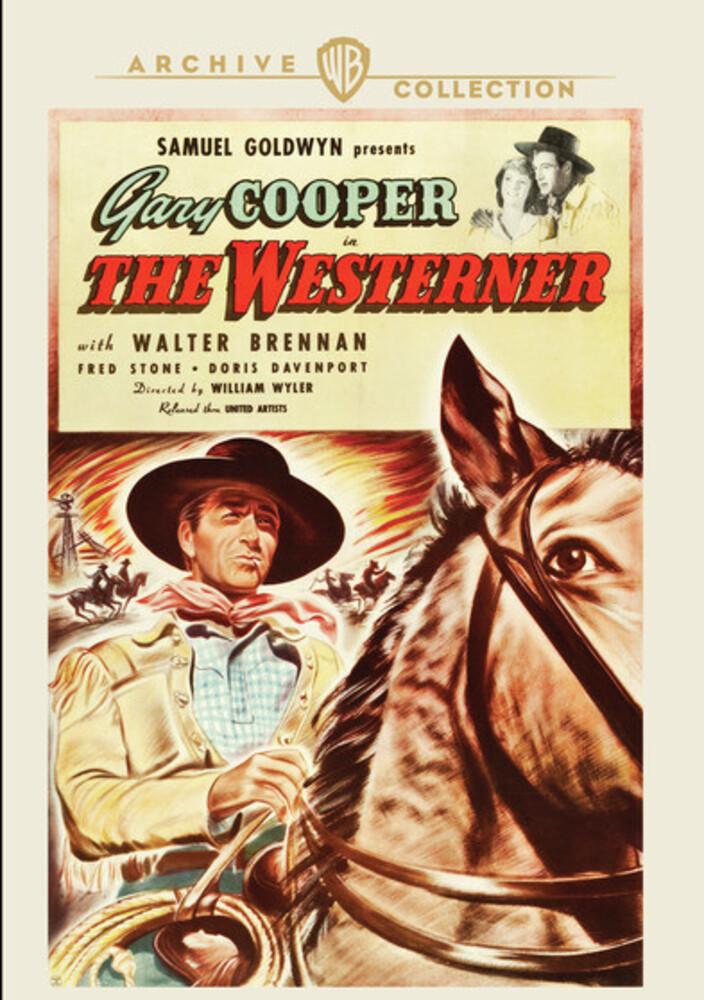 In the restless years following the Civil War, a tensely reunited America set it's sights westward and found itself divided again. Into this new frontier rode the legendary "Judge" Roy Bean - the man who came to be known as "The Law West of the Pecos." Directed by Oscarr winner* William Wyler (Ben-Hur) from a screenplay by Jo Swerling (It's a Wonderful Life) and Niven Busch, The Westerner is a rousing saga of a man who displays unwavering courage in the face of overwhelming odds. Walter Brennan, in his third Academy Awardr-winning performance*, is Bean, a hardnosed judge who dispenses his own unique brand of justice. Oscarr winner Gary Cooper+ is Cole Harden, a stranger accused of stealing horses, who attempts to talk himself out of the hangman's noose. Soon, each man wins the other's grudging friendship... until Bean's deadly scheming against the homesteaders provokes Harden into opposing him - no matter what the cost!