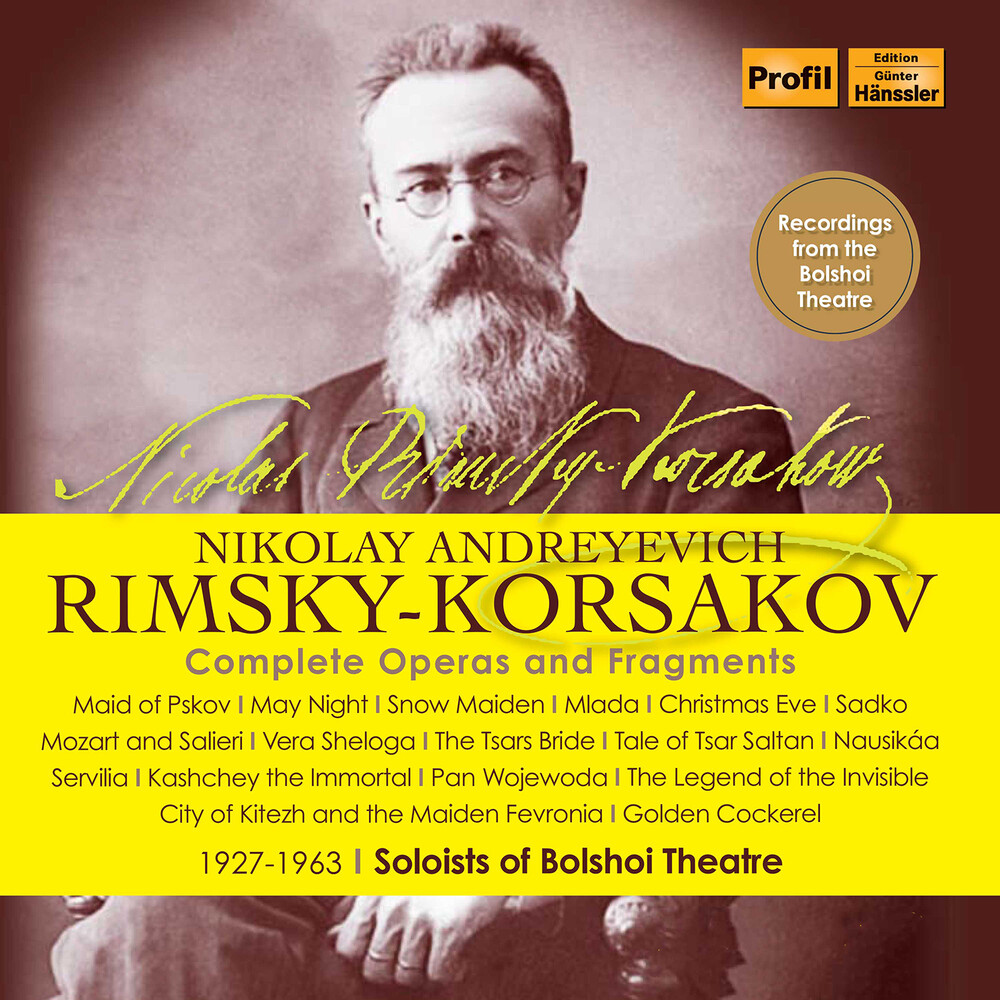 Rimsky-Korsakov's musical legacy made a huge impact and stretches far into the twentieth century. Even if the language barrier makes full understanding difficult, some of his operas can still prove deeply moving. This series brings together for the first time Rimsky-Korsakov's entire operatic oeuvre, including the fragment Nausicaa and recordings that have survived of Vera Sheloga and Servilia, all in authentic performances featuring singers from the Golden Age of the Bolshoi Theatre. Some of them can be heard here on album for the very first time. Time and again, they show that Rimsky-Korsakov is one of the greatest Russian composers who ever lived. His musical colleague and near contemporary Claude Debussy (1862-1918) paid homage to him in the most wonderful manner: "The magic of the themes and the shimmering brilliance of the orchestration and rhythm cannot be expressed in mere words. Show me someone who fails to be moved by the power of this music. Making that silly sound with one's hands... is certainly not sufficient to thank a man who has given us minutes of pure happiness."