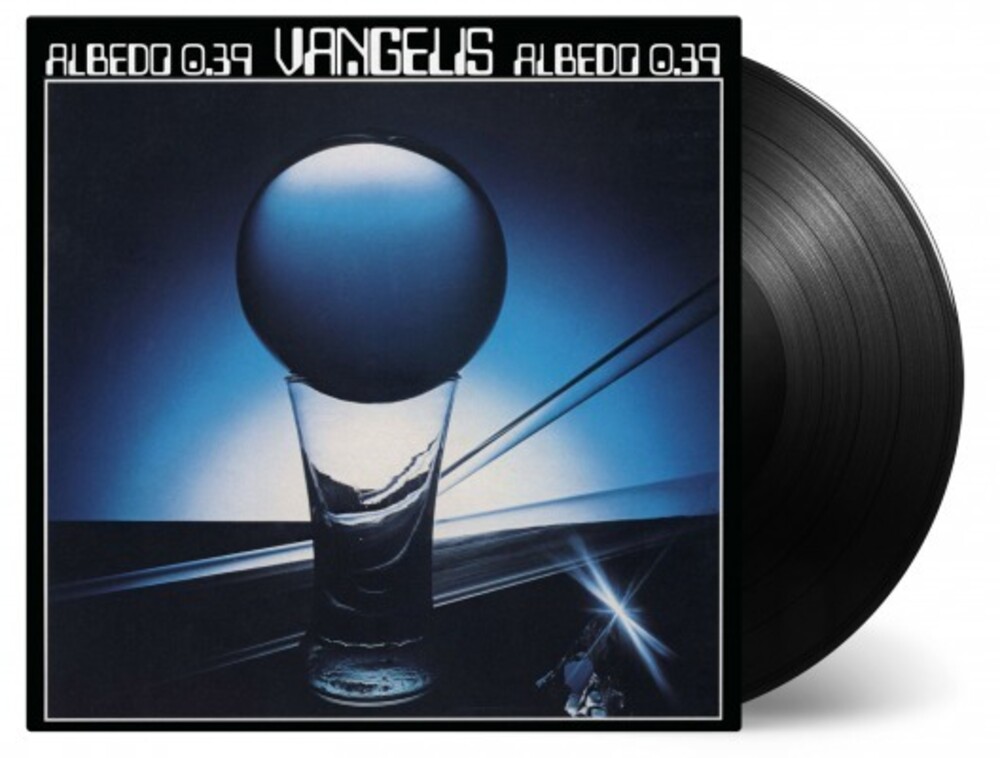 180 gram audiophile vinyl. Printed innersleeve. Black vinyl. Greek electronic composer Vangelis created his piece Albedo 0.39 while influenced by blues and jazz music. The concept album is themed around space physics. The title is based on a planet's albedo; the proportion of the light it receives that is reflected back into space. Albedo 0.39 features tracks "Pulstar" and "Alpha" and became his first album that reached #18 of the UK Album Charts. Vangelis played every instrument on the record, which resulted in effective and versatile synthesizer passages. Critics describe the tracks as mesmerizing trips of assorted rhythms that include elements of jazz and mild rock.