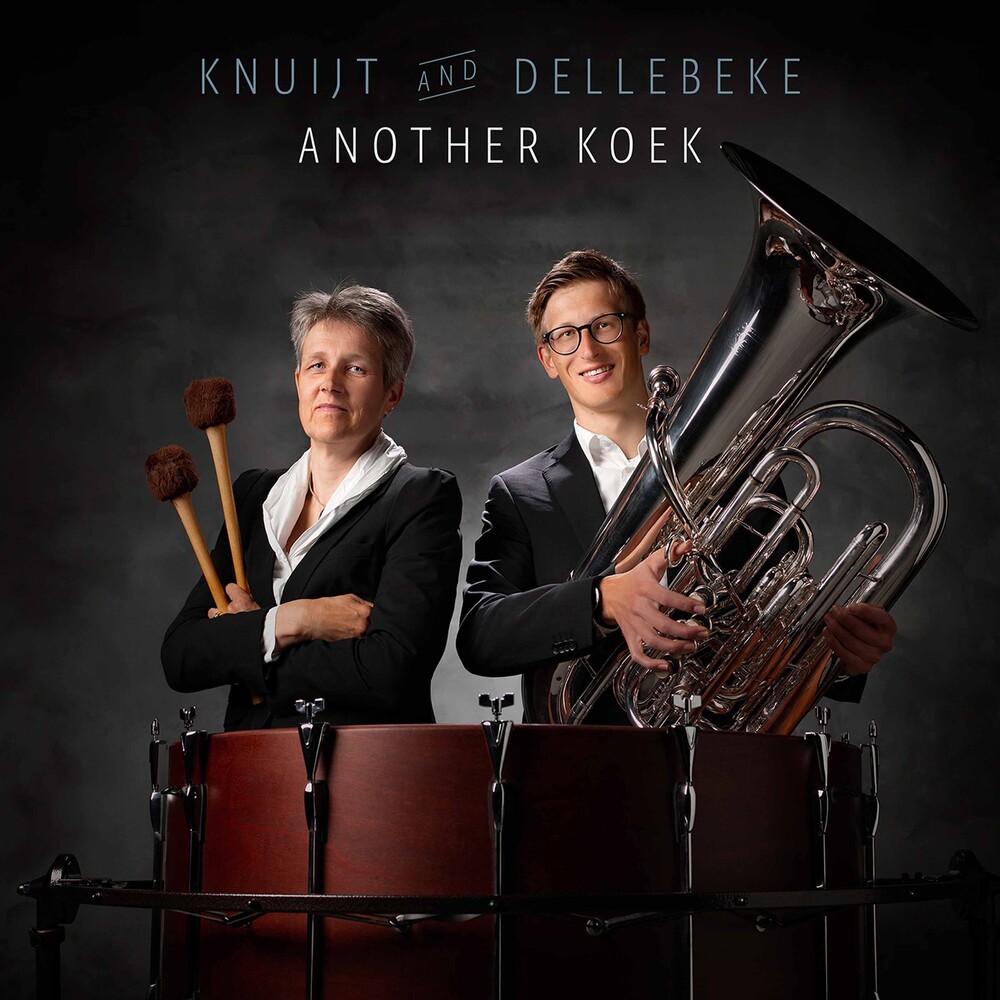 Another Koek is the first album of the duo Knuijt and Dellebeke. They continue to look for challenges to play together and make uncommon presentations. "A different piece of cake," one could say. At the heart of the release are three contemporary compositions of Kees Nijsse and two compositions by Stefan Knuijt. All five were specially written for Knuijt and Dellebeke. The album title was borrowed from soccer trainer Louis van Gaal at the time he was involved in British soccer team Manchester United. His saying was recorded during a meeting with the press and has enriched the English language and may even have an eternal life, since it's a popular clip on YouTube. Van Gaal's saying "That's Another Koek", the title of the piece by Kees Nijsse, also is the album's opening track and is in fact a musical summary of a soccer match. Furthermore, Knuijt and Dellebeke are honoring Johann Sebastian Bach with their rendition of three Inventions from das Klavierbüchlein and a canon from Die Kunst der Fuge. Another example of "another koek" is the two-part composition by Dutch composer Martijn Padding. And - of course - the piece for tuba and timpani by American composer Stephen Gryc.
back to top