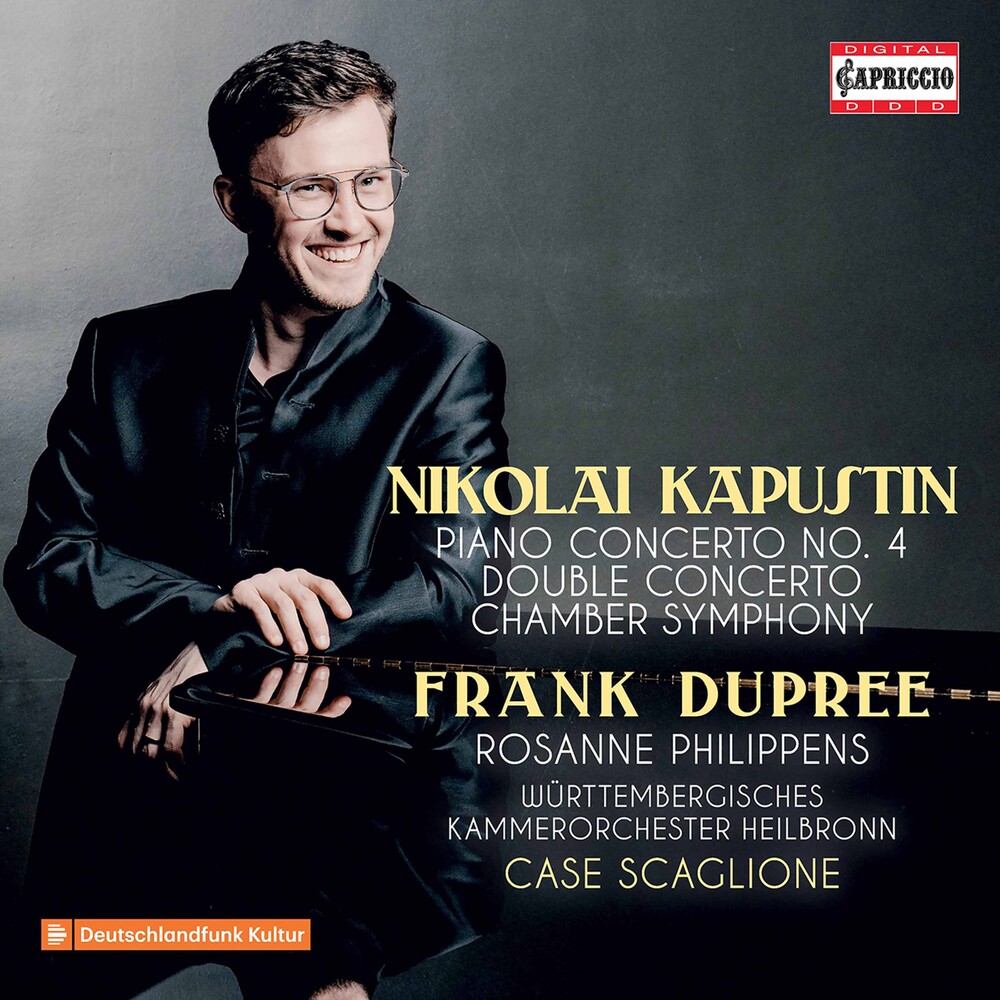 "... our life is like jazz improvisation, it should always be spontaneous, always in the moment, and always free." (Nikolai Kapustin) Drawing parallels to another famous composer of symphonic jazz, Kapustin is occasionally considered a 'Russian in Gershwin's clothing'. Most of his compositions are influenced by jazz and expertly combine jazz elements with those of the tradition from Bach to Prokofiev and Stravinsky. The aesthetic diversity with which classical garb and the stylistic devices of jazz are amalgamated in Kapustin's output could be taken as the byword for all three compositions included on this recording. Only late - perhaps too late for Kapustin - did his catalogue of works reach greater international recognition. People who knew him, describe him as a man who never desired the limelight. Apparently, he was happiest when he was able to compose work after work in his apartment, far away from the public eye.
back to top