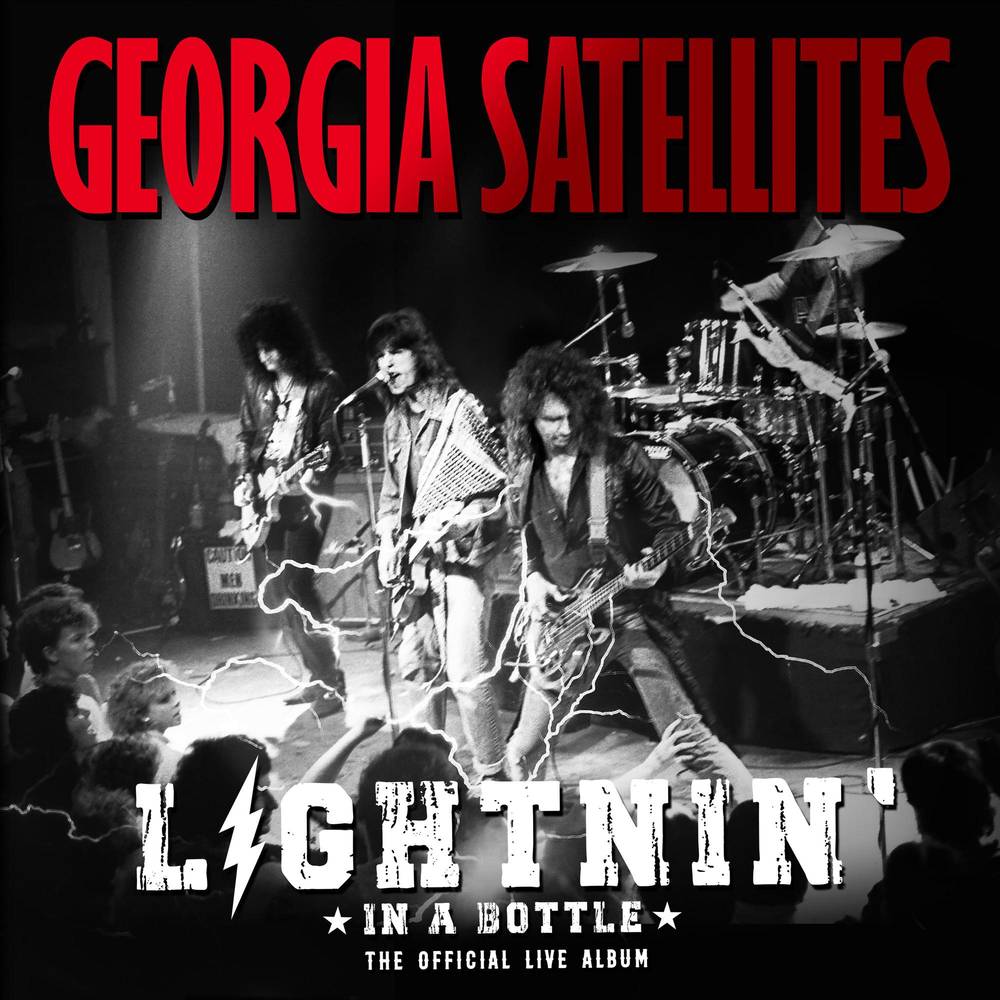 Lightnin' in a Bottle: The Official Live Album [2LP] - The Georgia Satellites - In 1988, the Georgia Satellites rolled into Cleveland, Ohio for a blistering Monday night at local watering hole Peabody's, formerly the punk haven Pirates Cove. With Open All Night giving the band a second album to draw on, their salty, wide-open Chuck Berry riff'n'roll was full swagger - whether drawing on their reprise of the Swinging Blue Jeans' "Hippy Hippy Shake" from the Tom Cruise film "Cocktail,"Joe South's swerving "Games People Play," George Jones' "White Lightnin'"or Jerry Lee Lewis' all-out "Whole Lotta Shakin'." Just as importantly, gap-toothed guitarist/lead singer Dan Baird and combustive lead guitarist Rick Richards set the pummeling groove of drummer Mauro Magellan and bassist Rick Price ablaze. Delivering an 18-song masterclass in roots, rock and raunch, the Satellites not only incinerated "Battleship Chains," "Railroad Steel" and "Can't Stand The Pain," they led the beyond SRO crowd through a shout-along of "Keep Your Hands To Yourself" threaded with a brazen stripper grind on the Rolling Stones' "It's Only Rock & Roll." Fans of reverb, thrashing drums, the rush of rock & roll momentum and all manners of electric guitars giving it over to basic 3 chord rock & roll, Lightin' in a Bottle retires the jersey. As the southern equivalent of the Replacements, the Ramones hillbilly (redneck) little brothers, no band delivered as much balls as the Satellites, who've never had an official live record. For a band who leaves it all onstage, that seems wrong. Leave it to Cleveland International to unearth this blistering recording, wipe off the sweat and somehow figure out how to get it all in one double disc package captured in the Rock & Roll Capital of the World.
back to top