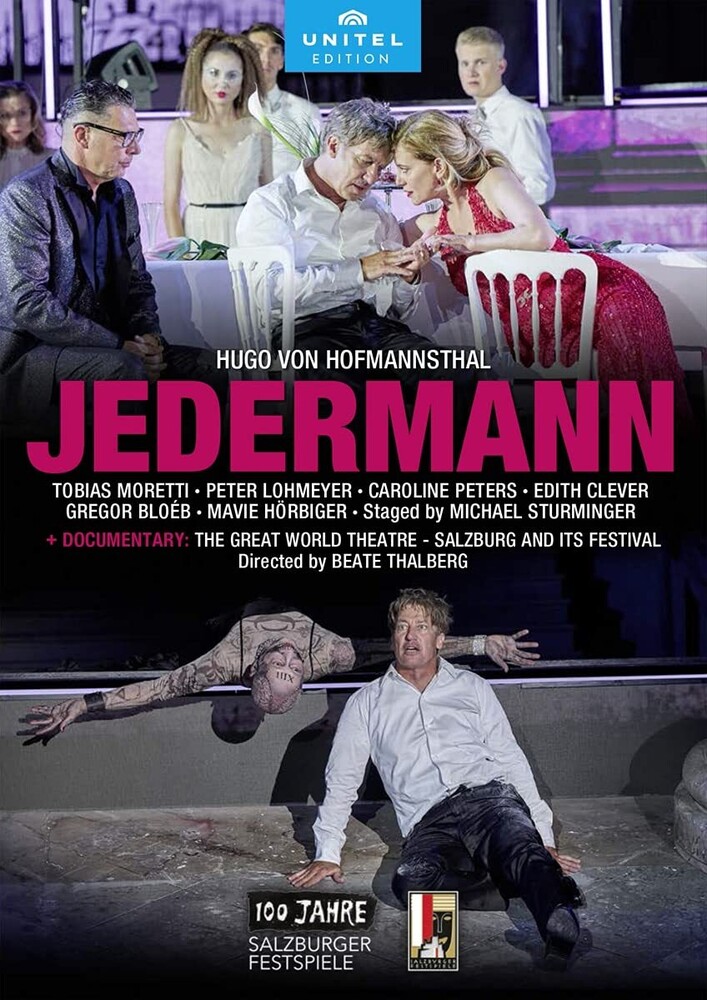 It is the centerpiece of the Salzburg Festival and an incontrovertible institution: For it's 100th anniversary, the Salzburg Festival offered an opulent interpretation of Jedermann (Everyman) by Hofmannsthal. "Tobias Moretti plays with great commitment, Caroline Peters gives a brilliant performance" (Salzburger Nachrichten). On 22 August 1920, the first Salzburg Festival opened with Jedermann in a production by Festival founder Max Reinhardt against the breathtaking backdrop of the baroque Salzburg Cathedral. Since then, no other piece has more closely been connected with the 100-year history of the Festival than this play about the transience of the world, fame and money.