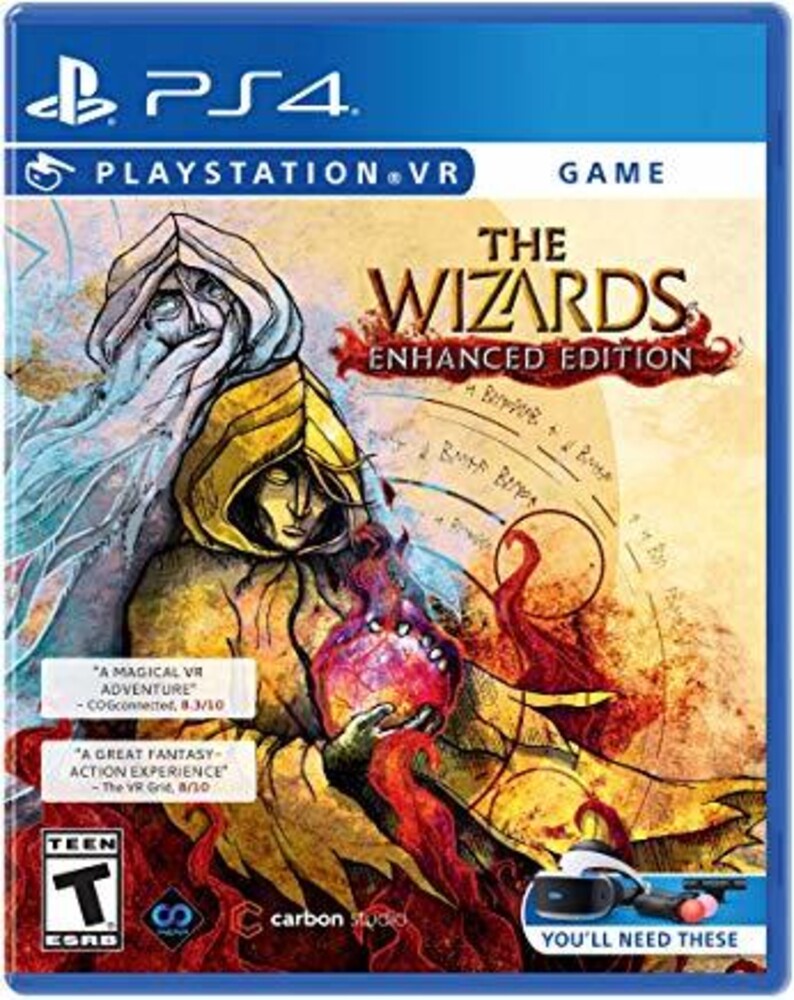 The Wizards for PlayStation VR
Format: Game
New: Not in stock
Wish

Powered by Unreal Engine 4, the player fights epic battles in beautiful, mysterious locations and defend a land from oncoming hordes of enemies the game's unique casting mechanic puts magic directly in the player's hands allowing you to cast powerful spells with hand gestures. Each of the spells requires a distinct gesture to be performed and each Spell can be as the player gains access to increasingly powerful spells that require cunning and skills to master. Use motion controllers to destroy your enemies by weaving magic into Lightning, fireballs, and other elemental spells. Chain combos and use different tactics against the hostile creatures players can choose between free movement and free teleportation the wizards features acclaimed Narration and voice acting by Jason, famed for Transformers: Titans return. Features both a campaign mode and an Arena mode, as well as online scoreboards.