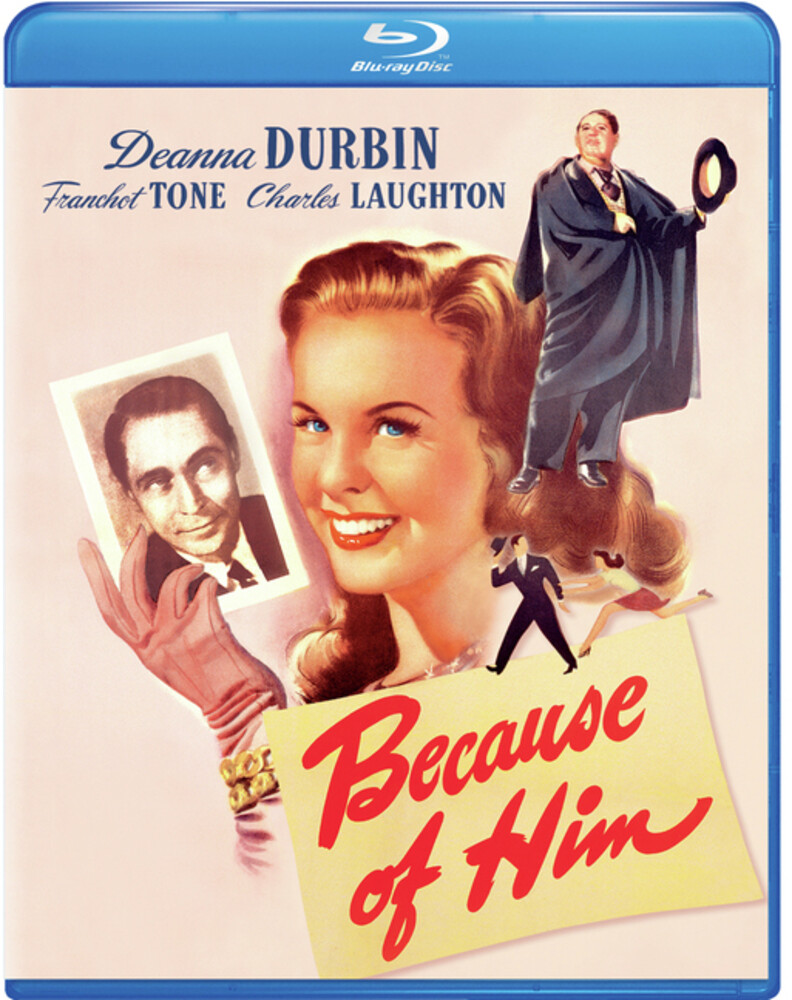 Because Of Him / (Mod)
Artist: Because of Him
Format: Blu-Ray
New: Not in stock
Wish

Deanna Durbin, Charles Laughton and Franchot Tone star in the romantic musical comedy, Because of Him. After appearing in a Broadway production of Cyrano de Bergerac, actor John Sheridan (Laughton) informs playwright Paul Taylor (Tone) that he wants a young, unknown actress to star opposite him in their next production, Strange Laughter. When waitress Kim Walker (Durbin) learns of Sheridan's request, she tries to pass herself off as an experienced actress and even succeeds in winning the coveted role. That's when the real problems begin! The score by Academy Award-winning composer Miklos Rozsa includes Good Bye, Danny Boy, and the Rodgers & Hart tune, Lover.