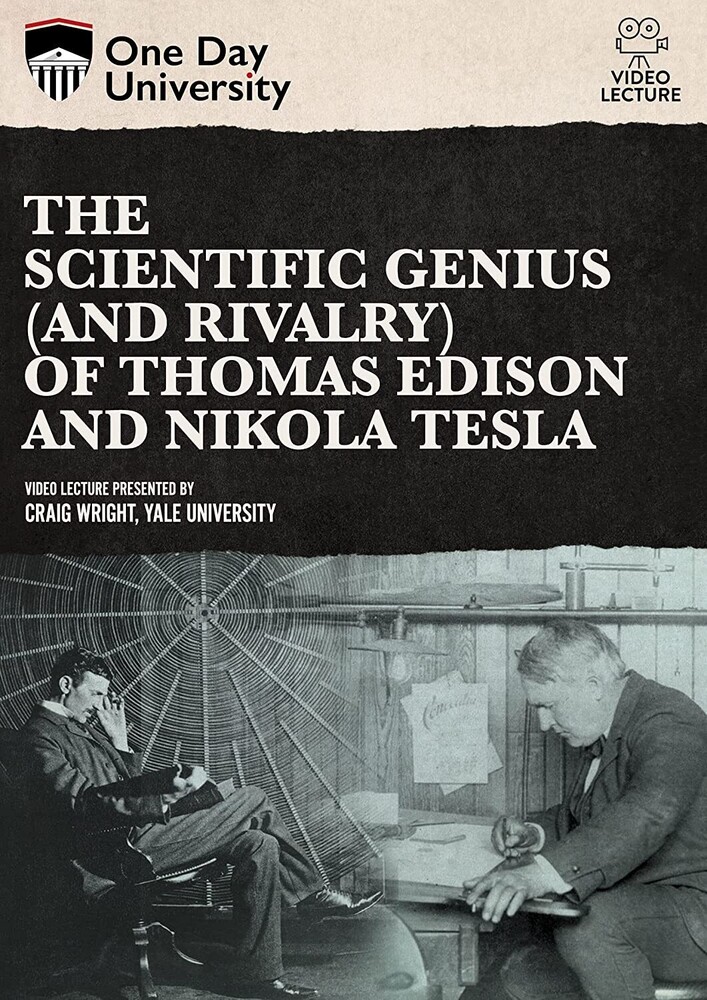 One Day University presents a series of video lectures recorded in real-time from some of the top minds in the United States. Given by award-winning professors and experts in their field, these recorded lectures dive deep into the worlds of religion, government, literature, and social justice. When Thomas Edison died on October 18, 1931, the lights went out. In his honor, President Herbert Hoover asked Americans everywhere to turn off their Edison lightbulbs at 10 p.m. on the evening of his funeral. "Thomas Edison, Genius Inventor, Dies at 84" screamed the front-page headline in the New York Daily News. When Nikola Tesla died in room 3327 of the New Yorker Hotel on January 7, 1943, the lights went out for him alone. Tesla was surrounded, not by a family, but by his pet pigeons (among his eccentricities were Columbophilia and Triphilia-look at his room number). The obituary in The New York Times did not call Tesla a genius. Instead, it's final paragraphs implied he was a crackpot: Tesla had conceived of a "death beam" powerful enough to annihilate an army of 1, 000, 000 soldiers; and he was certain of intergalactic messaging that would allow communication with Mars. The Times obituary implicitly posed this question: Was Tesla a visionary genius or a lunatic? Edison and Tesla (Edison's one-time employee) were arch-enemies with competing visions as to how to electrically empower America. Their hostility played out in the infamous War of the Currents, which culminated in the electrocution of Topsy the circus elephant in 1903, orchestrated and filmed by Edison, but intentionally using Tesla's controversial AC current. Radio, television, robots, electric cars, self-driving cars, solar heating, the internet, and the cellphone were on the mind of one or the other of these geniuses. Which one ultimately proved to have the more accurate and enduring vision for the world? Who is in the news today and why? Come and find out the answers.