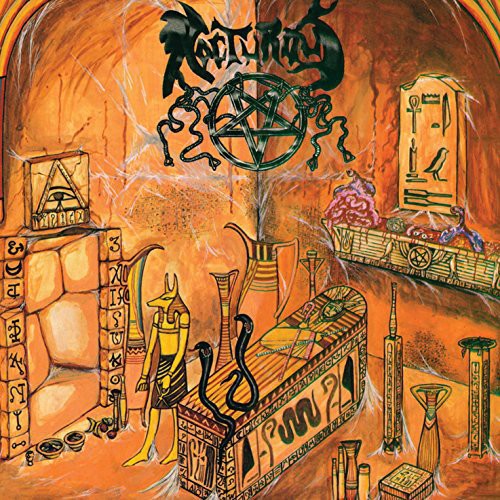 At long last, one of MORIBUND's very first releases gets a timely repressing: NOCTURNUS' self-titled MCD, originally released in 1993. Widely known for their classic 'The Key' debut on Earache Records, NOCTURNUS released this short-but-sweet EP on MORIBUND before disbanding for a number of years. Both 'Possess the Priest' and "Mummified" mesmerize with their potently atmospheric, occultic attack of blackened death metal - as always, with the haunting, cosmic synths that NOCTURNUS pioneered in the death metal world. Years ahead of its time, hear Nocturnus once again!
back to top