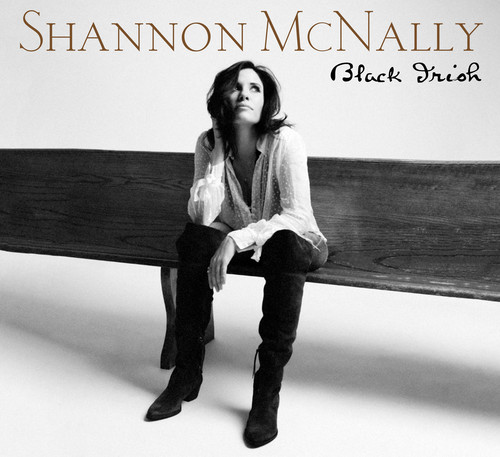 2017 release, Shannon McNally's blues-Americana return, Black Irish will make you dance, break your heart, and save your soul. The album was recorded in Nashville, but it's distinctive sense of place lies 210 miles west, where Memphis meets Mississippi. The primary colors of American music are black and white, and Black Irish displays that hybrid in many shades, mixing country, blues, soul, rock, folk balladry and classic pop. Black Irish is McNally's most personal project yet, which is saying a lot, given the Americana singer-songwriter's deep catalog. But it speaks to the power of connection, and the power of music to create it and to reflect it. The kick off track "You Made Me Feel For You", was written by her producer, Americana icon, Rodney Crowell, and serves as a metaphor for their collaboration-how his particular understanding of her unique gifts pulled out the career-defining album many have been waiting for since she came on the scene. The concept for Black Irish began in 2013, as Shannon was going through what she calls "a miserable divorce," raising her daughter Maeve, and nursing her terminally ill mother Maureen. Her parents had relocated to Holly Springs, Mississippi, and McNally moved in, caring for her mom until her death in 2015.
back to top