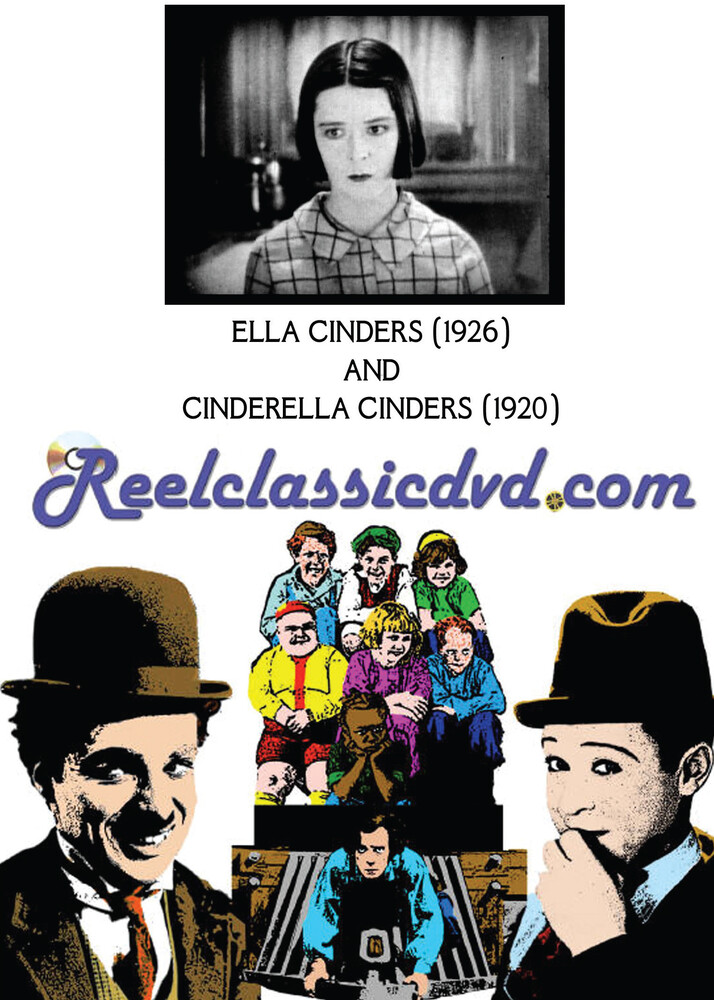 ELLA CINDERS (1926) and CINDERELLA CINDERS (1920) ELLA CINDERS stars the cute as a button Colleen Moore in perhaps her best known picture - which casts her as a modern day Cinderella, toiling in a household of persnickety, demanding insufferables. The film diverges from the original fairy tale when she wins a contest to work at a Hollywood studio - a plot device similar to that of the Mabel Normand vehicle, THE EXTRA GIRL released a few years prior. The film contains several memorable setpieces including an encounter with a Native American (where she's forced to smoke a cigar and appear to enjoy it) another with Harry Langdon (clearly during the shooting of TRAMP, TRAMP, TRAMP) and the now famous eye exercise routine (via masterful camera trickery.) CINDERELLA CINDERS gives a rare glimpse of perky, frizzy-haired comedienne Alice Howell. This Reelcraft comedy has her playing a working girl who breaks into society through no fault of her own when asked to pose as royalty at a posh party. Spiked punch adds to the hilarity of the proceedings.