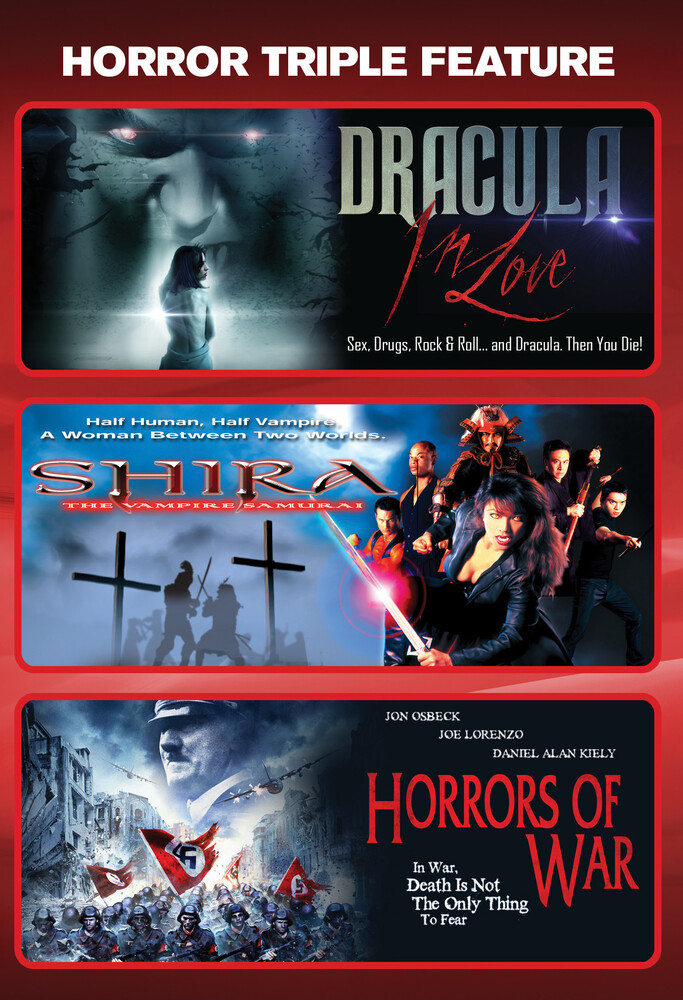 DRACULA IN LOVE: Leila, a lonely young teen parties with her friends in a warehouse. As the social barriers between the sexes crumble, Leila hides from the boys, but senses there is someone else who wants her and he is not of this world.SHIRA: THE VAMPIRE SAMURAI: A half-human, half-vampire female samurai must stop an evil vampire warlord from populating the world with a new breed of "daywalking" vampires.HORRORS OF WAR: Feeling the pressure from Allied advance, Hitler unleashes his secret weapons giving rise to a type of warfare the world has never seen. Throughout the European theater of WWII, Lieutenant John Schmidt comes face to face with these "weapons." The Office of Strategic Services (O.S.S., precursor to the C.I.A.) initiates missions behind enemy lines to find the source of the weapons terrorizing U.S. soldiers fighting the Third Reich. Schmidt is joined by Captain Joe Russo and his group of war-hardened GIs who have experienced for themselves the all-too-real horrors of war in battle. Together, they must find and destroy Hitler's horde of nightmare weapons before his horrific vision can be fully realized.