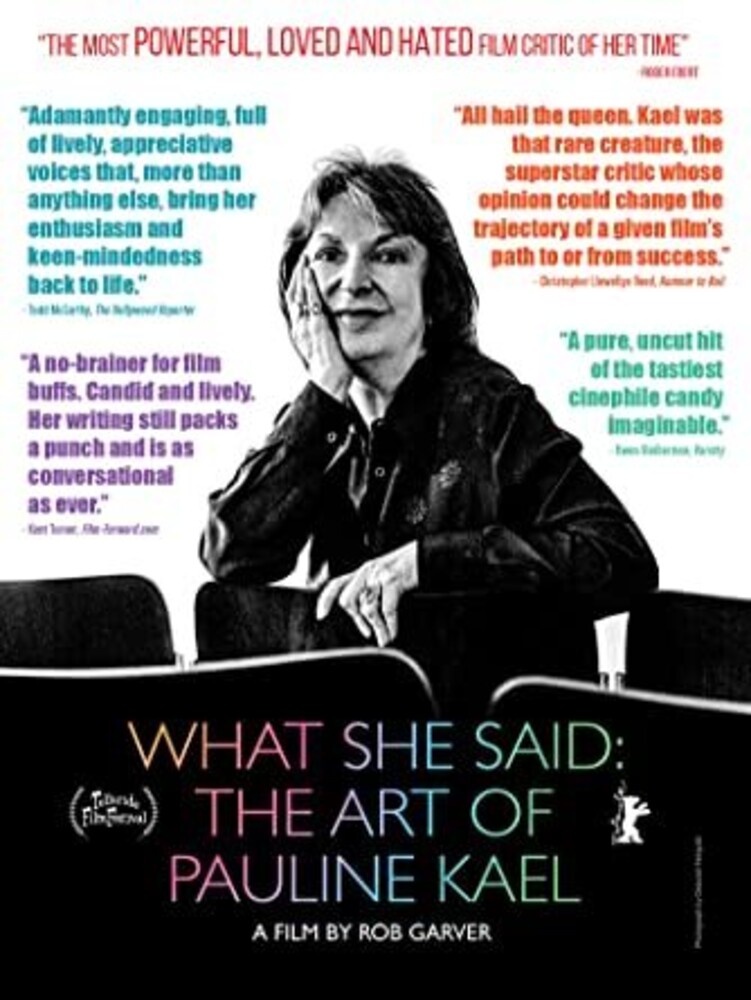 What She Said: Art Of Pauline Kael

Director Rob Garver first read Pauline Kael's work as a young person in the 1980s, and he says that the fiery passion with which she wrote about film made a deep impression on him.Kael undisputedly transformed film into an art form in the eyes of the public. As a result of her writing, the pleasant weekend pastime quality of movie-going suddenly became a must-see, do-or-die, high-stakes experience.For Kael, watching films was a visceral adventure; she responded to them as if they were real events. Her vital spirit, cocksure attitude, fevered instincts, and withering wisecracks leapt off the page and made you laugh. And as Quentin Tarantino once observed, Kael was so on the nose at times that she could sometimes change your mind about a film you may have thought was pretty good.With this film, Rob wanted to take the excitement that he felt while reading Kael's work and translate it to the screen. The story is told largely through Kael's own words, which are collected from interviews, private letters, and published writing. Sarah Jessica Parker voices Pauline.