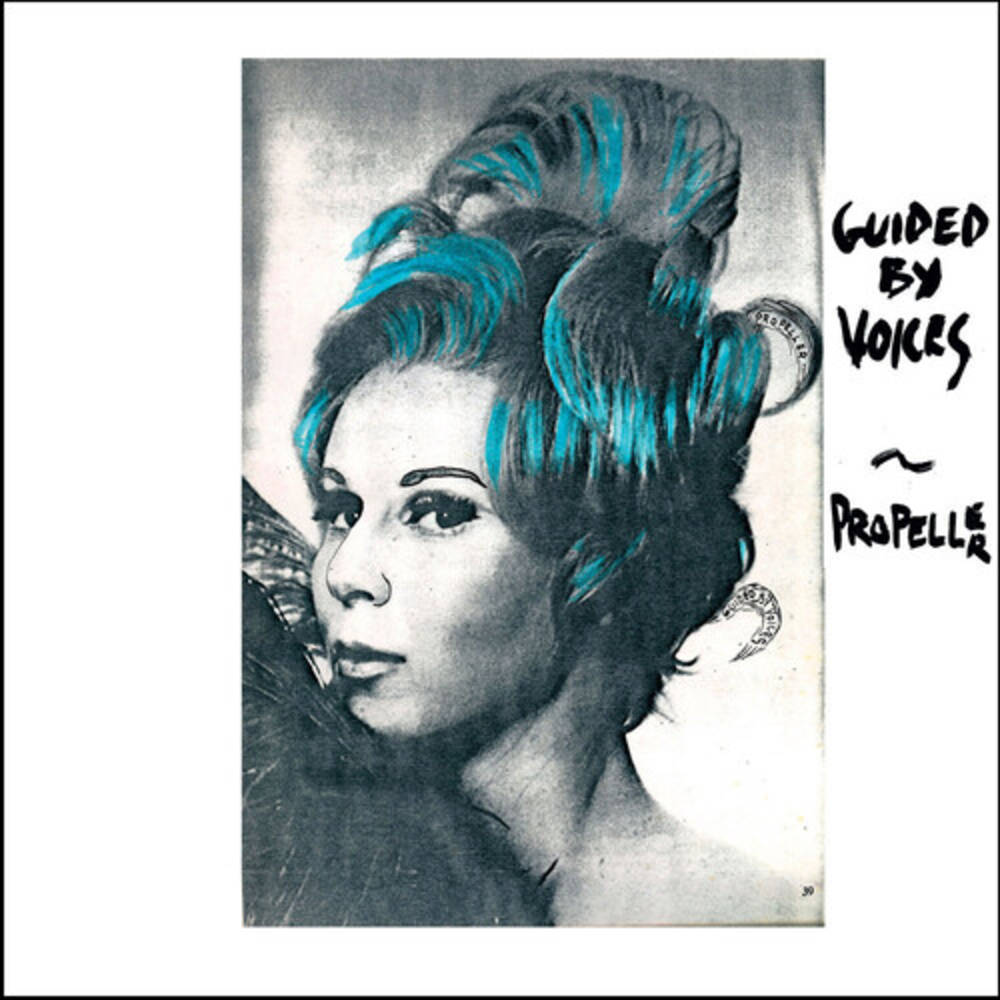 Propeller was the fifth album by Guided by Voices, and was intended to be the group's last. Released as a limited edition of 500 LPs in 1992, the album featured handmade covers and blank labels to keep expenses as low as possible. Their other albums hadn't sold much, why would this one? Robert Pollard had a family to support and his musical aspirations had not exactly been a boon to their bank account.As fate would have it, the band wound up releasing an album chock full of gems Pollard had stockpiled, and for the first time sounded distinctly like the band that fans have since come to love. Propeller also marks the return of Tobin Sprout to the GBV fold, along with an increased songwriting presence. From anthem-to-be "Over the Neptune" to the effortless melodies of closer "On the Tundra," Propeller is a hell of a ride, and remains one of the most important albums in the band's discography.The vinyl edition has been out of print for a decade, and features different cover art than previous pressings. The CD edition has been out of print for a minute as well, and is now housed in digipak format, also with a new, unique cover from one of the original pressings. And for the first time Propeller is available on cassette.