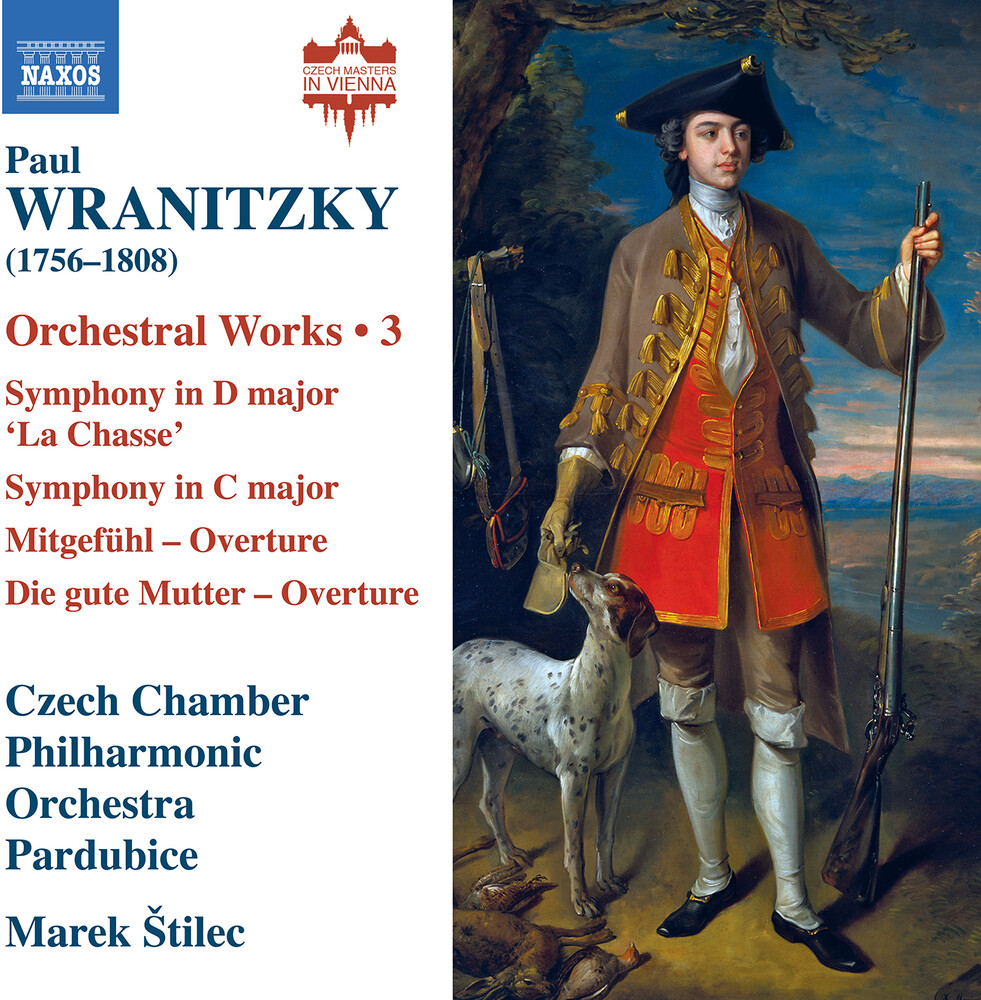 Paul Wranitzky moved to Vienna from his native Moravia at the age of 20, mixing with the likes of Haydn and Mozart. As the most important symphonist in Vienna in the late 1790s, his style influenced the early symphonies of Beethoven. The Symphony in D major 'La Chasse' reflects the popularity of hunting music, and is heard here for the first time in it's expanded version. The overtures to Mitgefühl and Die gute Mutter represent Wranitzky's skill as a composer for the theatre, as does the masterfully scored Symphony in C major in which the composer repurposes some incidental and ballet music.
back to top