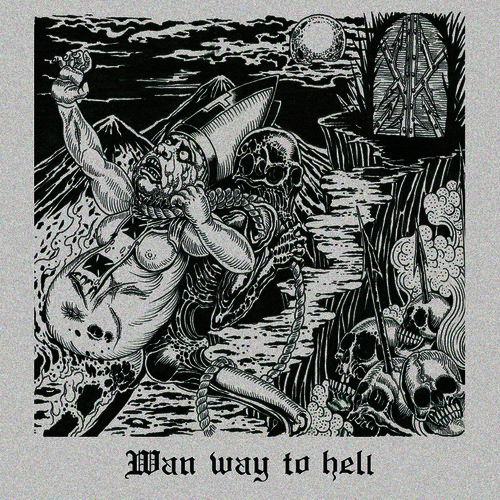 2017 release, the third album from the Swedish black metal band. Wan started out as an unholy trinity in 2009. Coming from different bands and backgrounds they decided to unite their forces in order to practice aggression and to celebrate Satan and the old-school metal scene. Their debut album Wolves of the North was released in 2010 followed by Enjoy the Filth 2013, and both received a rather great response amongst metalheads and media. Now it's time for their third album, which contains 13 tracks of devastation. If you are into the early Bathory, Mayhem, Hellhammer sound, Wan Way To Hell is the album for you.
back to top