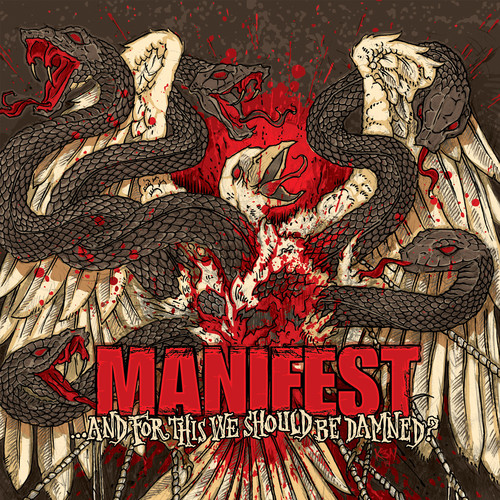 And for This We Should Be Damned
Artist: Manifest
Format: CD
New: Available $11.98
Wish

2015 release from the Norwegian Metal Heads. It's been ten years since the group debuted with the infamous underground brutality opus Half Past Violence. During those ten years, the band has played countless stages around Europe and established themselves as one of the most dangerous live bands ever to emerge from Norway. With each album conquering new ground, always evolving, this album sets another milestone in the band's career.