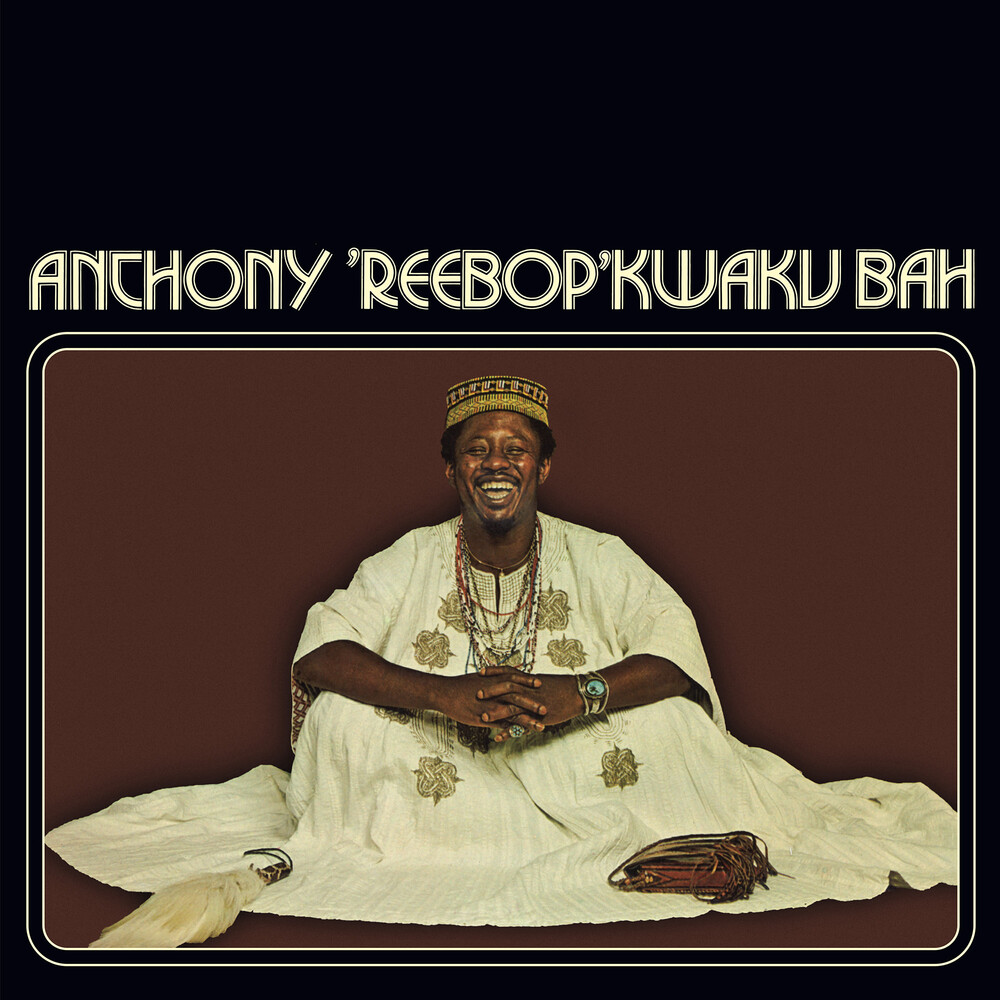 This is the 1973 solo album by Ghanaian percussionist Anthony Kwaku Bah, who was given the nickname 'Reebop' by American jazz legend Dizzie Gillespie. He passed away early at the age of 39 in Stockholm in 1983, but before made himself a name for his works with UK 70s rock heroes Traffic and German Krautrockers Can, amongst others. If you might expect here the prototypical Afro Beat and Afro Rock you mostly know from British bands, you will be surprised that this is only one part of the deal. Yes, there are African elements to be found, buried somewhere in this boiling cauldron where polyrhythmic grooves are the base for jazz improvisations by the brass section, that range from naughty swing and bebop, to freaked out free jazz and enchanting soul jazz the way it was popular in the late 60s. The arrangements are utterly lush with so much going on here in every aspect that you would get lost if there was no trace of melody to be discovered, but there they are and they tell you fantastic stories of exotic places that only exist in your wildest dreams. Kwaku Bah's rhythm patterns grab you by the horns and pull you into a world of their own. Hypnotic, irresistible, hot, and vivid. The tunes combine jazz, soul, funk and each one is constructed like a self-contained story. One could imagine these tunes being used as library music for the 70s movies from action to romance. All pieces, though, are characterized by the constantly pulsating rhythm. To avoid drifting into the field of insubstantial disco dance music, the performances witnessed here were executed with the highest possible emotional intensity and dedication. Lay back, close your eyes and float away on a raft of sound upon the wild river of grooves and melodies. Some haunting Exotica jazz passages with a typical 'jungle' feel get thrown in for the good measure. There are even vocals in an African language hard to identify, which creates an even more mysterious atmosphere. This is just an introduction part of another powerful speed funk groover but the vocals stay and make this a clear standout track. Saxophone and guitars seem to have a duel here. You will not sit still while having this tune 'Iphonohimine' coming down on you like a thunderstorm. Blues, Afro Beat, Psychedelic Rock, Funk, it can all be found in here and the band goes wild into an everlasting improvisation that deprives you of your breath. Can this record get even better? Do not ask, just enjoy what comes next. If you think that some melodies by the giant brass section sound a bit too catchy just reach out beyond these harmony lines and find yourself in a thicket of grooves, pulsations, bits and pieces of melody with a dense, sultry atmosphere. Some smaller parts might make you think of cruise ship big bands and white suits, but everybody will soon drop these and dance in their underwear for the hot-blooded power funk base of the tune called 'Africa', which will take over one's soul and set it on fire. So clean, so nice and so filthy and dangerous at the same time, this album is a masterpiece of it's style. The exciting and very sensual funk-rock of 'Lovin' You Baby' with crazy fuzz guitars and a dark and haunting approach is another reason to kneel down when you put this record onto your turntable. Great clean lead guitars give it a Latin garage rock edge Carlos Santana would commit serious crimes for. If you love bands like Osibisa, Eric Burden & War, Ginger Baker Airforce, Santana, Miles Davis, all-around 1969 to 1973, this is what you've always wanted to listen to. Grab your copy now.