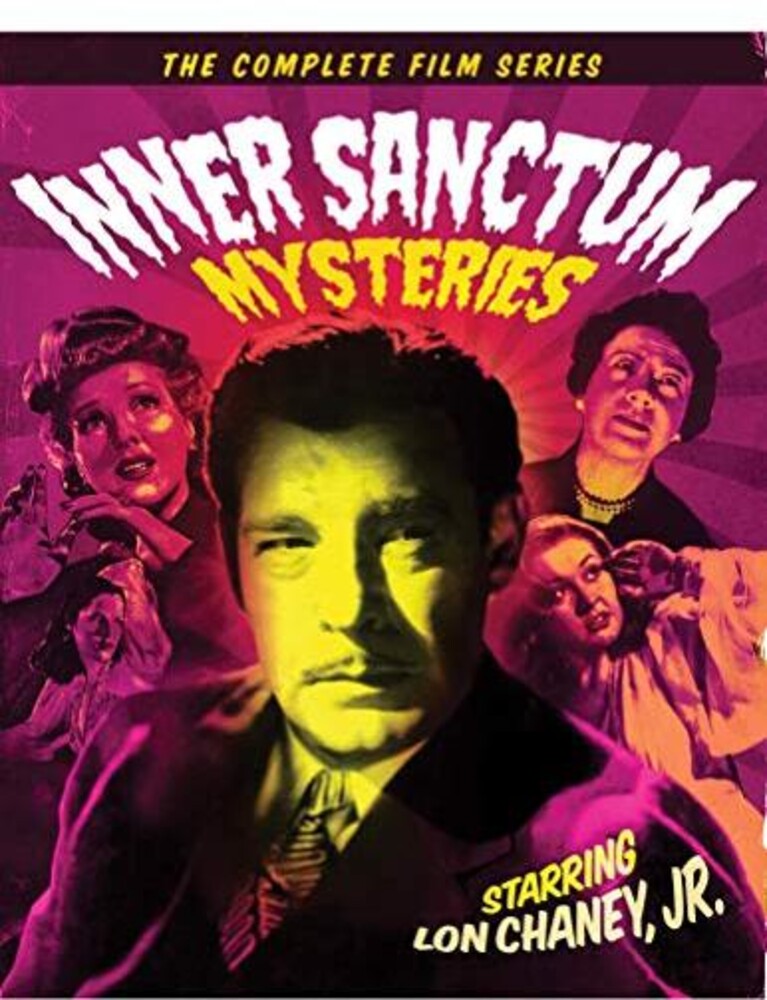 Lon Chaney, Jr. Starred in these six horror yarns made for Universal and based on the popular "Inner Sanctum" suspense radio program. Chaney plays a respected neurologist who can't remember if he's responsible for his unfaithful wife's murder, in "Calling Dr. Death" (1943). Next, based on Fritz Leiber's "Conjure Wife," "Weird Woman" (1944) stars Anne Gwynne as the island-raised new wife of professor Chaney, who comes to believe his bride is using voodoo to get rid of his enemies. Blinded by acid thrown by jealous model Acquanetta, artist Chaney's only chance at seeing again is a transplant... but does he resort to murder to gain "Dead Man's Eyes" (1944)? A stage hypnotist (Chaney) is accused of killing an audience member and takes a job in a wax museum, in "The Frozen Ghost" (1945). Chemist Chaney returns from South America looking for revenge on boss J. Carrol Naish, in "Strange Confession" (1945). And, Chaney is a murder suspect again, accused of smothering his victims with the "Pillow of Death" (1945). 6 1/3 hrs. #total on two discs. Standard; Soundtrack: English Dolby Digital mono; Subtitles: English.