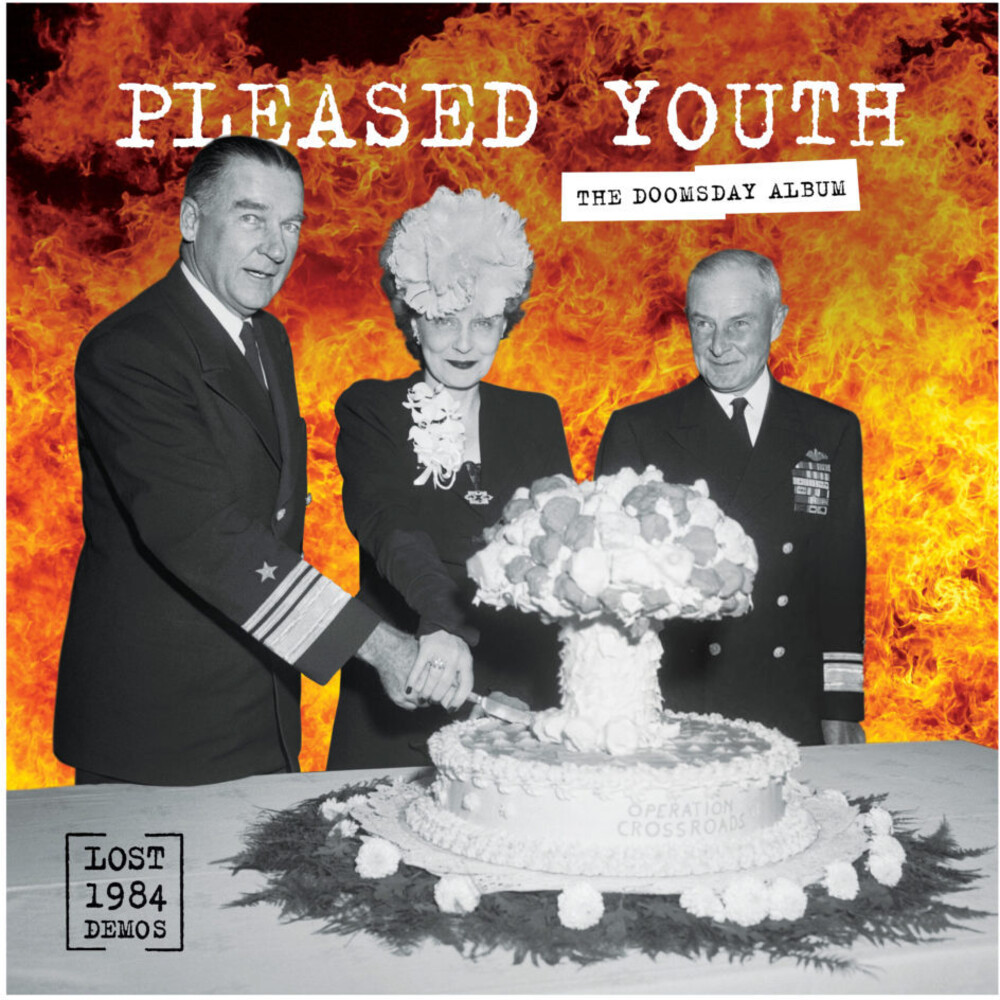 BEER CITY SKATEBOARDS AND RECORDS is proud to reissue a fully restored and remastered long lost, rarely heard, early 80's NJ hardcore/punk gem on vinyl for the very first time that is limited to 1, 000 copies! Ladies and gentlemen welcome PLEASED YOUTH - The Doomsday Album!  The Doomsday Album original came out on cassette only and was originally titled Sure Were Pleased. Very few copies were made and few are still in existence today. PLEASED YOUTH played early 80's hardcore/punk with speed, precision, fun, rowdiness and everything that could make a band from that era great. While PLEASED YOUTH was around for a while they managed to slip under most people's radar. PLEASED YOUTH features vocals by none other than Dave of ADRENALIN O. D. fame. As well as members of NJF and former/future members of New Jersey's Finest, NIBLICK HENBANE, LUNAR BEAR ENSEMBLE, (Martin Atkins of PUBLIC IMAGE LTD) and BROKEN HEROES.    This release has been long sought out by collectors, is extremely hard to find, and expensive if you do. Not only is this now seeing it's first release on vinyl, but it's been restored and remastered to sound more incredible than ever! To top things off not only are there liner notes by the band, but you get four bonus tracks that were never released! If you're a fan of early 80's hardcore this is a must have for your collection. We are offering it on four colors of vinyl. Since this is an unofficial RSD release. Two of them you can get at any record store or your favorite online retailer. One of them you can only get at official Record Store Day stores on June 20th. One of them will only be available direct from the label. This will make it easier for you people to get a copy and all the retailers can get in on the action!