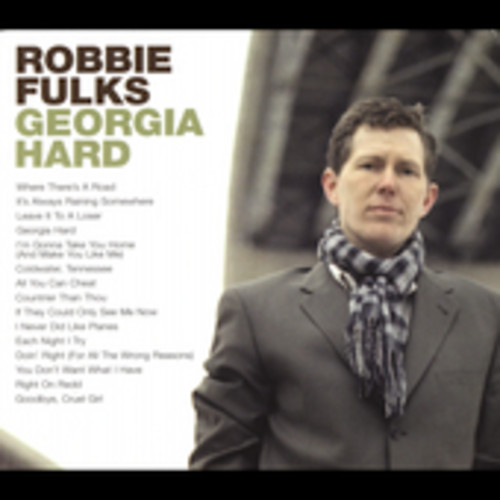 When country music was first recorded, around the dawn of the previous century, it was rude, funny and soulful. It was political, too but not in the chest-thumping, far-right, Fulks' GEORGIA HARD takes US back to those forgotten values, and reintroduces US to the literacy and warped humor of songwriters like Shel Silverstein, Bob McDill and Roger Miller who could say things "My uncle used to love me, but she lied" and mean it.

After years of flipping the bird at Nashville, once-irascible alt-country upstart Fulks seemed to have mellowed out. If a Fulks focus track, circa 1997's South Mouth, bore the tender title "F*** This Town," more recently the guy was spotted blowing wet kisses to country music, including recording an old-school homage (2001's 13 Hillbilly Giants) and overseeing a Johnny Paycheck tribute album (2004's Touch My Heart). At first blink Georgia Hard also skews traditional, kicking off on a four-song brace of straight-up country and bluegrass, notably the jocular, jaunty "Where There's a Road" (about finding freedom out on the highway), and the George Jones-like beery ballad "Leave It to a Loser." Never mind that little FCC alert in innocuous print on the back of the CD-the one warning how track #5 contains the phrase "great big dick."

But there ya go. The aforementioned #5, "I'm Gonna Take You Home (And Make You Like Me)," is a drunken, randy slice of Commander Cody-esque cabaret. Mere minutes later, in "Countrier Than Thou," Fulks is going off on "peckerwoods, goobers, Boston Jews, hillbilly dilettantes, undercover Yankees" and pretty much every other subspecies of contemporary country fan out there. That the tune could, instrumentally speaking, pass for a honky-tonkin' Toby Keith number is either testimony to or condemnation of the boy's twisted musical DNA. God bless 'im, he can't help himself.