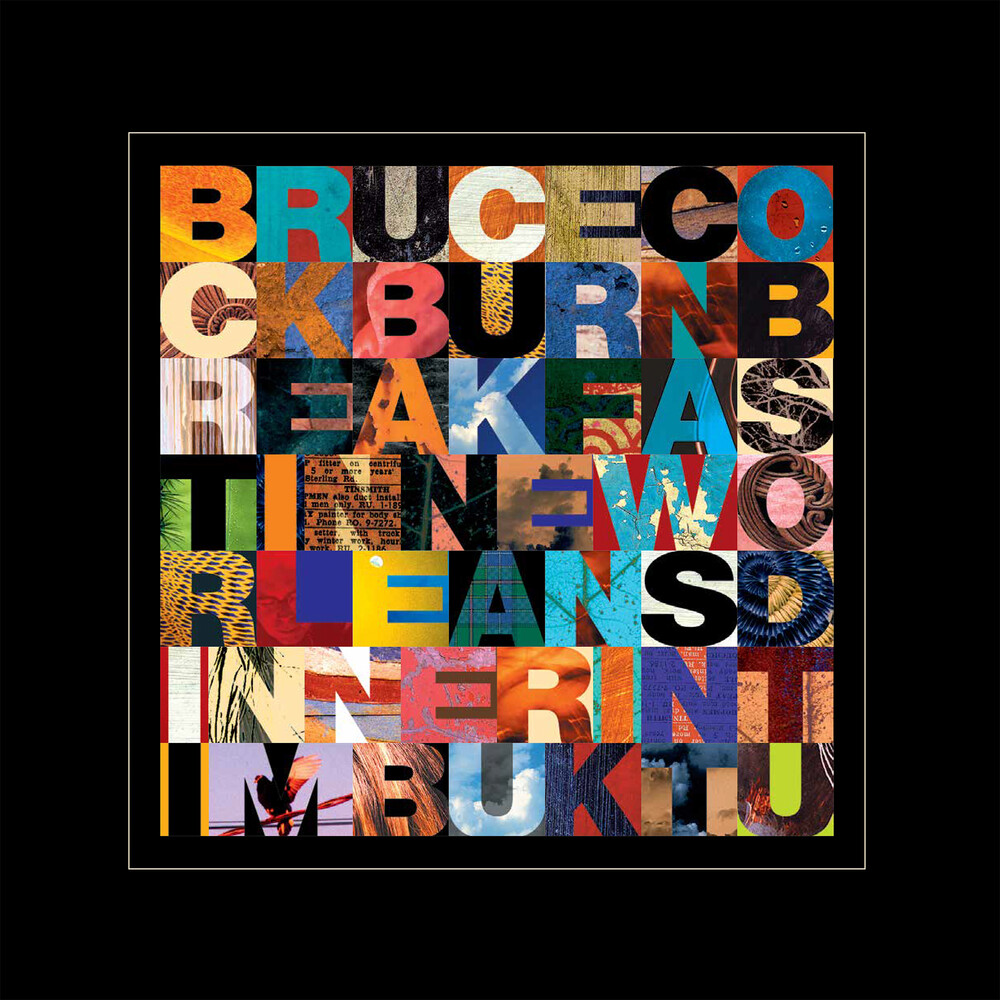 Breakfast in New Orleans Dinner in Timbuktu is Bruce Cockburn's 1999 album written to encourage his fans to look forward to the new century, while learning from the past. It contains a travelogue in the album's lyrics, both to familiar places of home and family as well as social imperatives from visits to developing countries. Through it all is Cockburn's reflections on the dynamics between men and women and spiritual mysticism. Musically the album features the vocals of three women who appear throughout the album. Jonell Mosser sings on two songs, including the hit single "Last Night of the World"; Margo Timmins of Cowboy Junkies on the sultry "Mango" and a cover of the Fats Domino nugget "Blueberry Hill", and most significantly for the album's consistency, Lucinda Williams appears on four tracks. Her standout track is "Isn't That What Friends Are For", a tender song of friendship is made more poignant by Williams' ability to convey deep emotion. Twenty-two years after it's original release, Breakfast in New Orleans Dinner in Timbuktu is finally available on vinyl. Originally part of the now sold-out limited-edition 50th Anniversary box set from 2020, this album is now available on it's own, to complete Bruce Cockburn fans' collections.
back to top