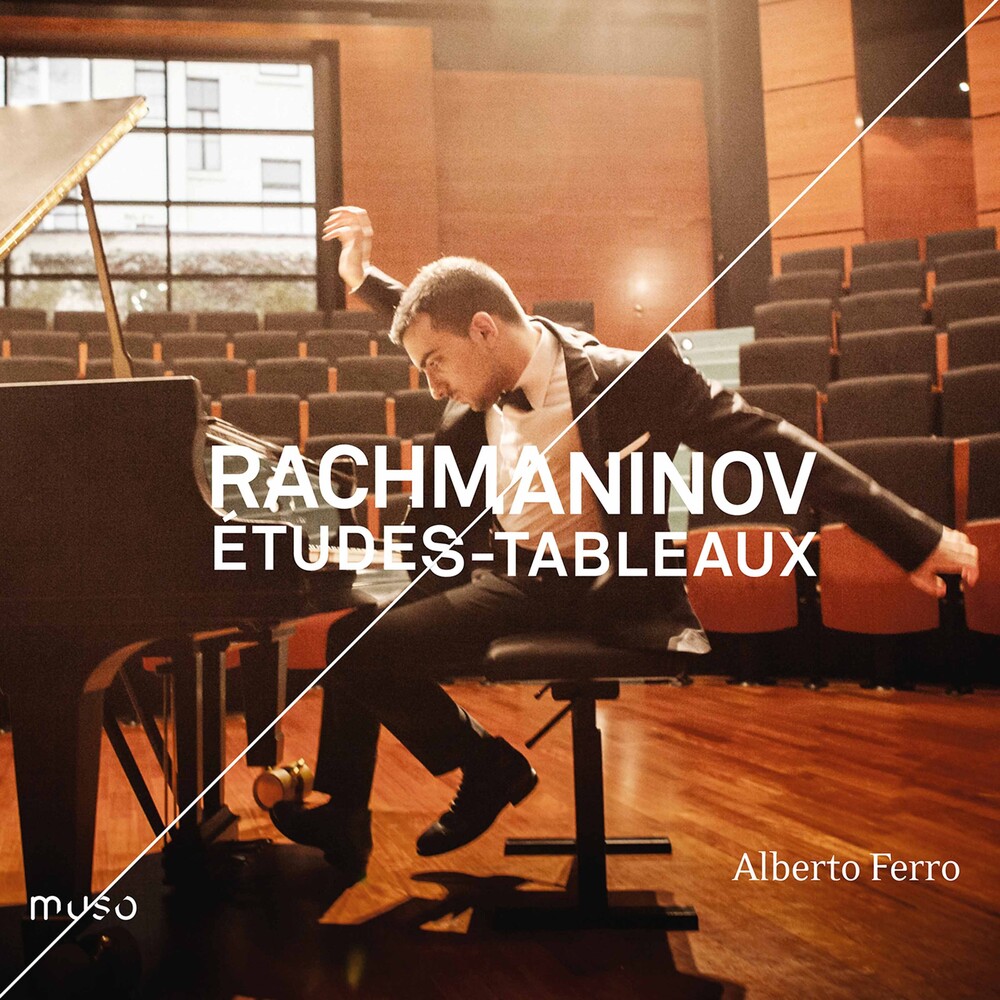 During the Queen Elisabeth Competition 2016, a young Italian pianist aged 19 garnered a lot of attention. Alberto Ferro, already a laureate of many prizes, won the Audience Prize before winning one year later First Prize and Audience Prize at the International Telekom Beethoven Competition in Bonn. Especially limpid playing, both analytical and sensitive, served by faultless technique, this is what was so promising and it is confirmed with his first recording, one the young Sicilian devoted to Rachmaninov, one of his favorite composers. When writing his Etudes-Tableaux, Rachmaninov was already the composer of a consequential catalogue for solo piano; the writing for 'his' instrument had thus attained a very high level of sophistication and subtlety adding to an incomparable understanding of the instrument's powers of expression. The Russian master let slip very few indications concerning his sources of inspiration for these 17 miniatures, leaving it to the listener to work on his imagination! The virtuosity required for these albums is far from being an end in itself, it being rather the means of expression for the feelings to be expressed. These two albums are marked by the dazzling liveliness of this music: at times virile and imperious, at times subtle and discreet, yet always at the service of an astonishingly broad palette of emotions.