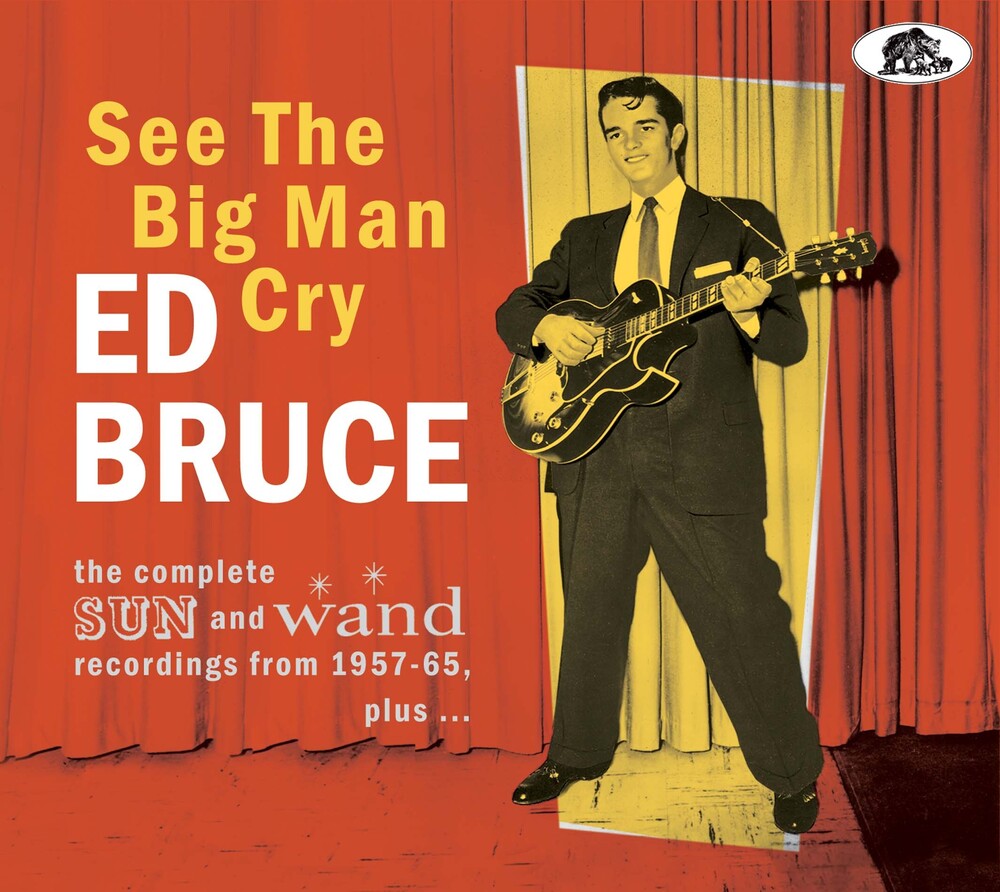 -Bear Family presents 'See The Big Man Cry - The complete SUN and Wand recordings from 1957 - 65, plus...', the first complete CD collection of Ed Bruce's outstanding early recordings from 1956 to 1965. -During that time he recorded for Sun Records, RCA Victor, TransSonic, Wand and Apt Records, among others. -All titles have not been re-released on CD - until now! -Including several recordings initially left forgotten in the Sun archives. -In the U.S. Ed Bruce was best known for TV shows and movies and as a country singer in later years - in Europe he is recognized for his great mix of rockabilly, country and country soul. -Extensive liner notes in the richly illustrated booklet. -Wherever possible, like in the case of RCA and Wand, we have dubbed from digital copies of the original masters! While American audiences know him best as a craggy, calm presence in countless TV shows and films (with an emphasis on Westerns) from the 1980s on, dedicated rockabilly fans are more liable to be aware of Ed Bruce's recorded legacy. He debuted in 1957 as a fresh-faced teenaged rocker at Sun Records billed as Edwin Bruce with the classic Rock Boppin' Baby, and proceeded to cut for RCA Victor, Wand, and a couple of smaller concerns before finally notching his first country chart entry a full decade later. 'See The Big Man Cry' contains everything Edwin released during his first burst of studio activity, including obscure one-off singles for TransSonic and Apt. There are also 10 sides that Sun didn't see fit to release at the time, including Eight Wheel Driver, Baby That's Good and Doll Baby. Bruce died January 6, 2021, and 'See The Big Man Cry' stands as a fitting 30-song tribute to the late singer/actor's fascinating early years on record.
back to top