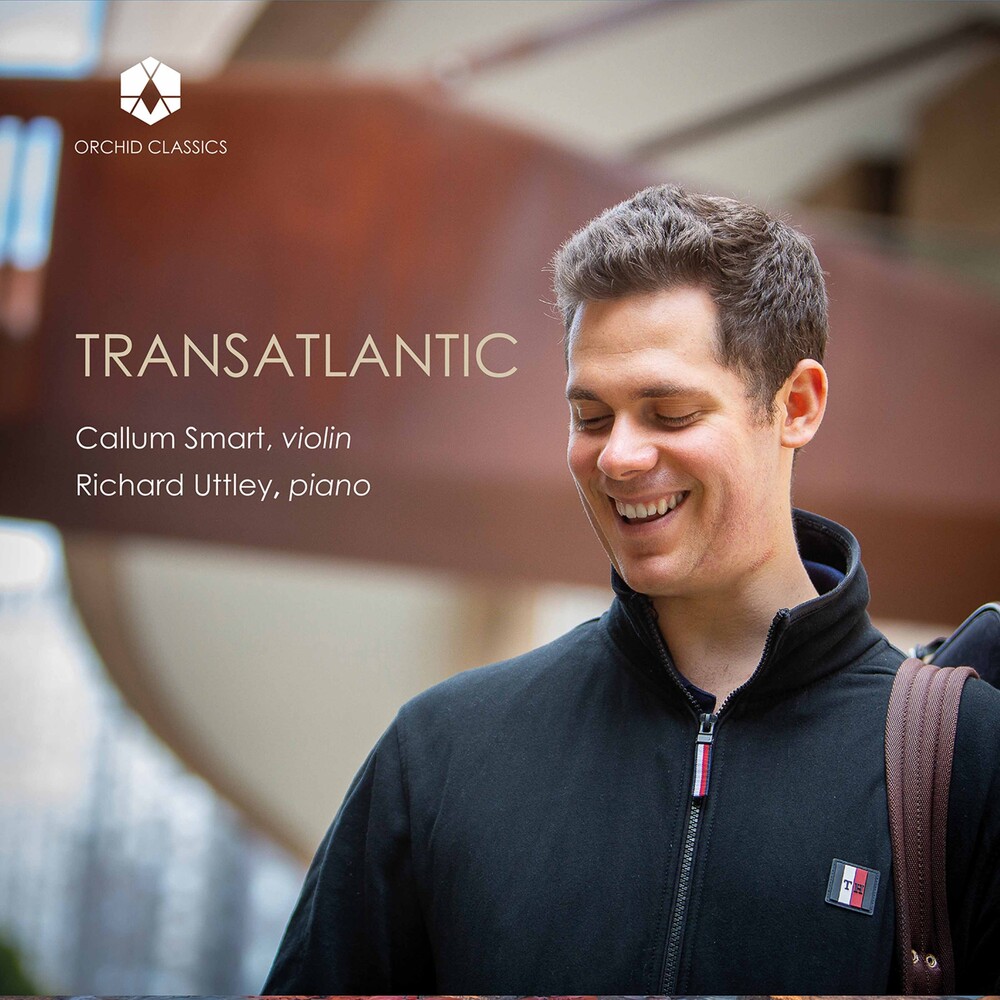 Callum Smart returns to Orchid Classics with an album described by the violinist as: "American and English music from past and present... music that has influenced me from the two countries / cultures that I've lived in all my life..." The album features music by Edward Elgar, who wrote that his Violin Sonata is "full of golden sounds", and the Romance by Samuel Coleridge-Taylor, who was championed by Elgar as "far and away the cleverest fellow going". Smart also plays the taut, energetic Three Pieces by London-based composer Kate Whitley, while the American part of the programme is represented by Amy Beach in her tender Romance, and by the exciting Road Movies by John Adams. Smart's recital concludes with his own arrangement of the famous Anglo-American hymn, Amazing Grace. "The tone is beautiful, the double-stopped demands of the violin writing are handled with ease, and there is a constant blend of freewheeling rhapsody and musical purpose." The Strad on Callum Smart's Orchid debut (Grieg/Chausson/Franck).