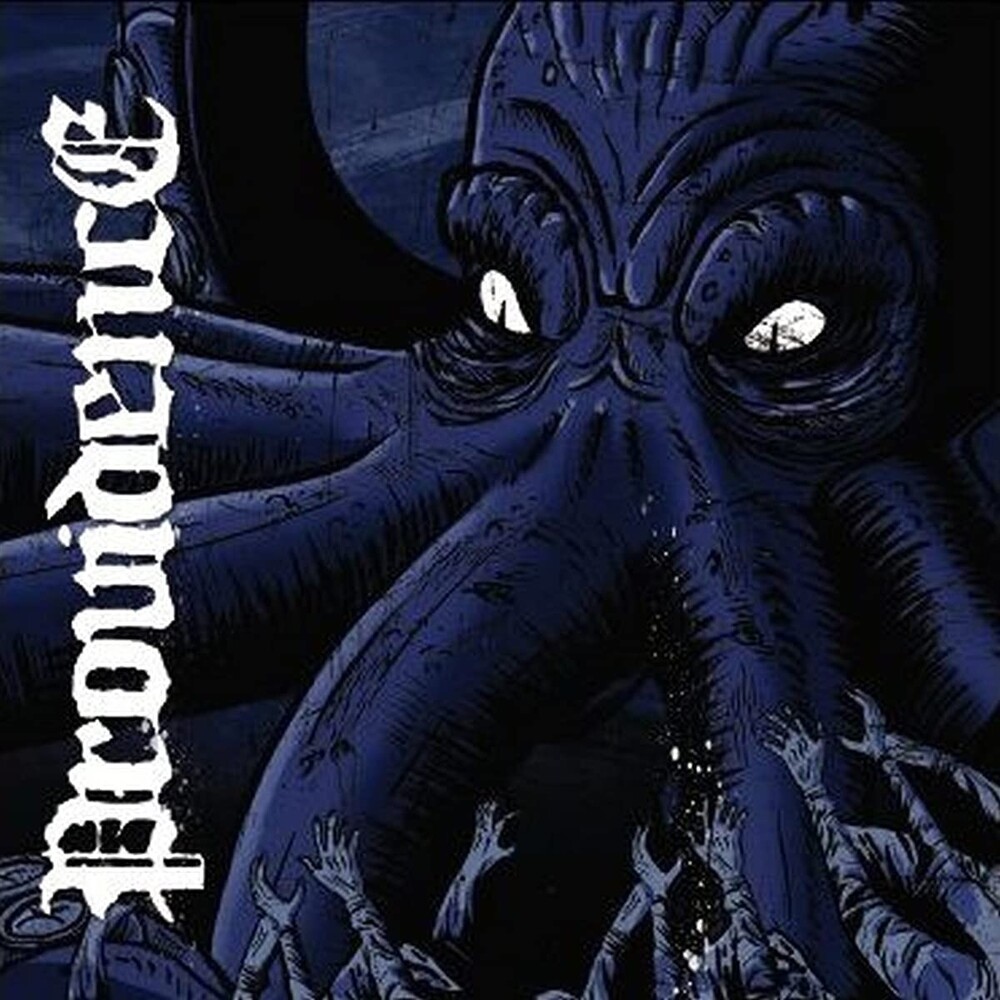 RE-RELEASE WITH UPDATED ARTWORK, DIFFERENT COVER OUT NOW! Paris' Providence destroy everything in their path with 7 tracks of monstrous metallic fury on their debut MCD 'Far Beyond Our Depth'. Total new school hardcore brutality filled with devastating beatdowns and crushing mid-tempo stomp parts, Providence's downtuned mix of basic bludgeoning aggression and more complex structures conjures up a dark and bleak vision. Sure to inspire frenzied reactions with it's punishing and drawn-out danceparts, 'Far Beyond Our Depth' features furious double-bass drumming overlaid with a dense and impenetrable wall of dual guitars. Hoarse vocals, with occasional spoken passages, and huge gang backups complete the equation, as do distinctive and original elements such as the hip-hop influenced drumming on 'Tentacles of Evilution' or the melodic singalongs on the epic closing track 'This is Filthy Paris'. The menacing poetry of Providence's lyrics is reflected in the bleak yet beautiful artwork, the perfect accompaniment to titles such as 'Swim and Sink' and 'With Broken Wings' which are filled with veiled meaning and menacing imagery. Of course, many bands in this day and age can boast similar elements to their style, but the efficiency, economy and to-the-point aggression Providence display is sure to set them head and shoulders above the competition. Not one note is wasted, making 'Far Beyond Our Depth' a breathtaking and accomplished metallic hardcore debut.
back to top