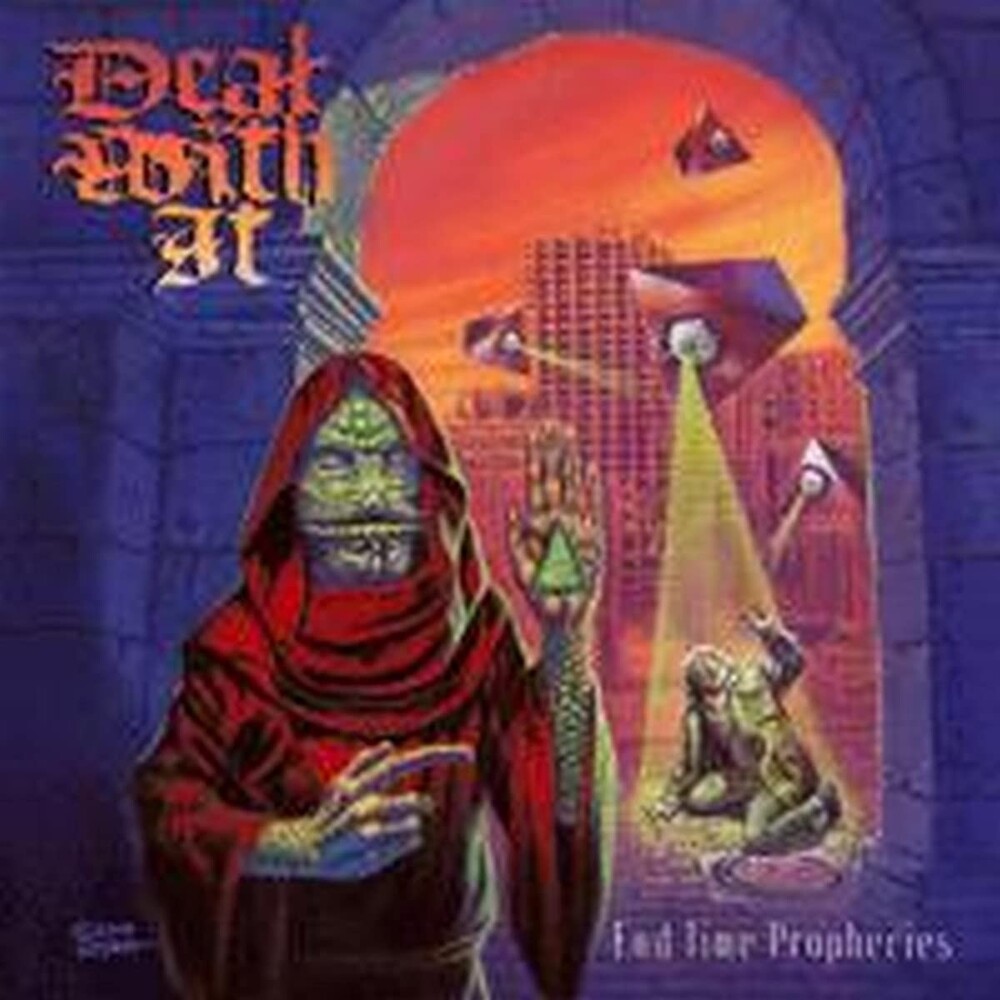 Leeds' Deal with It tear your face off with 11 tracks of apocalyptic crossover savagery on their debut full-length. With a sound coming straight out of the late 80's, combined with biting lyrical content relevant to the times we live in, 'End Time Prophecies' truly is the soundtrack to the end of the world. This is the kind of furious thrashing and stomping brutality that conjures up images of skins and longhairs fighting in the pit, in a bygone age when the scenes they represented were not so comfortable with one another. Mixing the speed and attitude of hardcore with the darkness and searing intricate solos of metal, Mike's crucial vocals switch effortlessly between an impassioned, classic bark and some heart-felt crooning, painting bleak visions of a planet that will only get worse before it can get better. Featuring some jaw-dropping hand drawn cover art by Ed Repka (Megadeth, Nuclear Assault etc.), 'End Time Prophecies' is the aural equivalent of walking the war-torn streets, avoiding junkies, gangs and dealers while searching for the truth and mistrusting the powers that be.
back to top