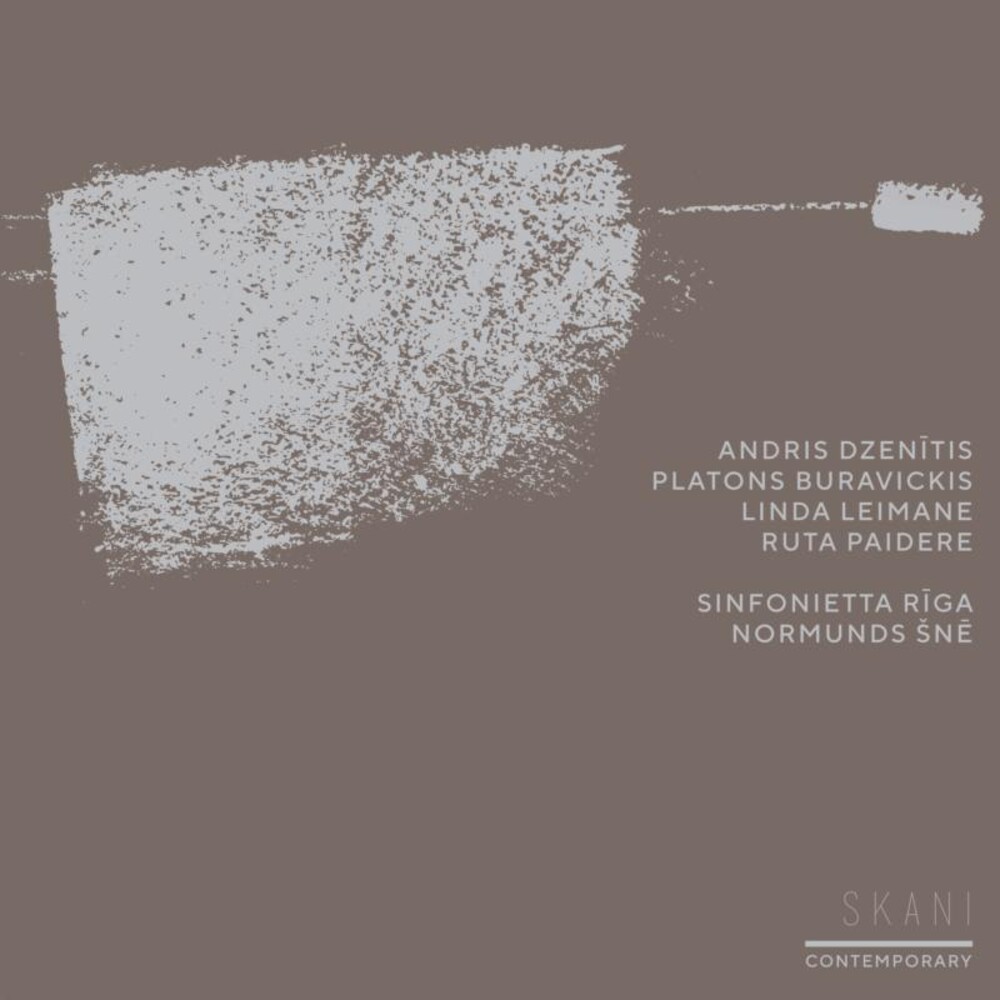 The Sinfonietta Riga chamber orchestra was founded relatively recently, in 2006, and selection of compositions written for the orchestra and it's conductor, Normunds Sne, are even younger. Ruta Paidere's Tempera is from 2012, Andris Dzenitis composed Euphoria in 2017, Aigars Raumanis and Sinfonietta Riga first performed the Temperature of Plastics concerto for saxophone and chamber orchestra by Platons Buravickis in 2019, and Linda Leimane's Ray-Bows also dates to 2019, although it premiered only in 2021. The selection of composers represented on this album is significant: two of them are of the generation of avantgardists born in the 1970s, while the other two came to prominence approximately fifteen years later. A relatively large number of Latvian composers emerged in the late 1990s - those very same "avantgardists born in the 1970s". The first of these was Andris Dzenitis, who appeared on the music scene already at the age of sixteen with his sonata for violin and piano titled The Abandoned. In the subsequent four years, he composed Lacrimae for piano quartet, a concerto for cello and orchestra, the vocal symphonic work Blood Song and "Ave Maria" sung by the Latvian Radio Choir. Ruta Paidere, Gundega Smite, Janis Petraskevics, Rolands Kronlaks, Martins Vilums, Gustavs Fridrihsons, Eriks Esenvalds and Santa Ratniece began composing very soon after Dzenitis - at least nine fine composers in a short period of time. The emergence of young, contemporary-minded composers in the 1990s can be considered a miracle. Seeing as Latvia had just regained it's independence, this was the first generation of Latvian composers who could work freely, without persecution by totalitarian regimes or clashes with even older political ideologies (although even in the West there existed a constantly updated list of topics that "decent people did not talk about"). It was at this time that Latvian music - of course, excluding masters who had spent their entire careers living and working in exile, such as Talivaldis Kenins and Gundaris Pone - finally entered the international arena. Serious interpreters of music abroad began to take into account the music of Peteris Vasks, and soon this composer spiritually related to Arvo Part, Henryk Gorecki, John Tavener and Giya Kancheli would be joined by Maija Einfelde, Georgs Pelecis and Rihards Dubra in concert programmes beyond Latvia's borders. But Dzenitis, Vilums, Paidere and their like-minded contemporaries opposed the "new simplicity" and the "new spirituality" as well as neo-Romanticism and post-minimalism. For them, new music meant something completely different