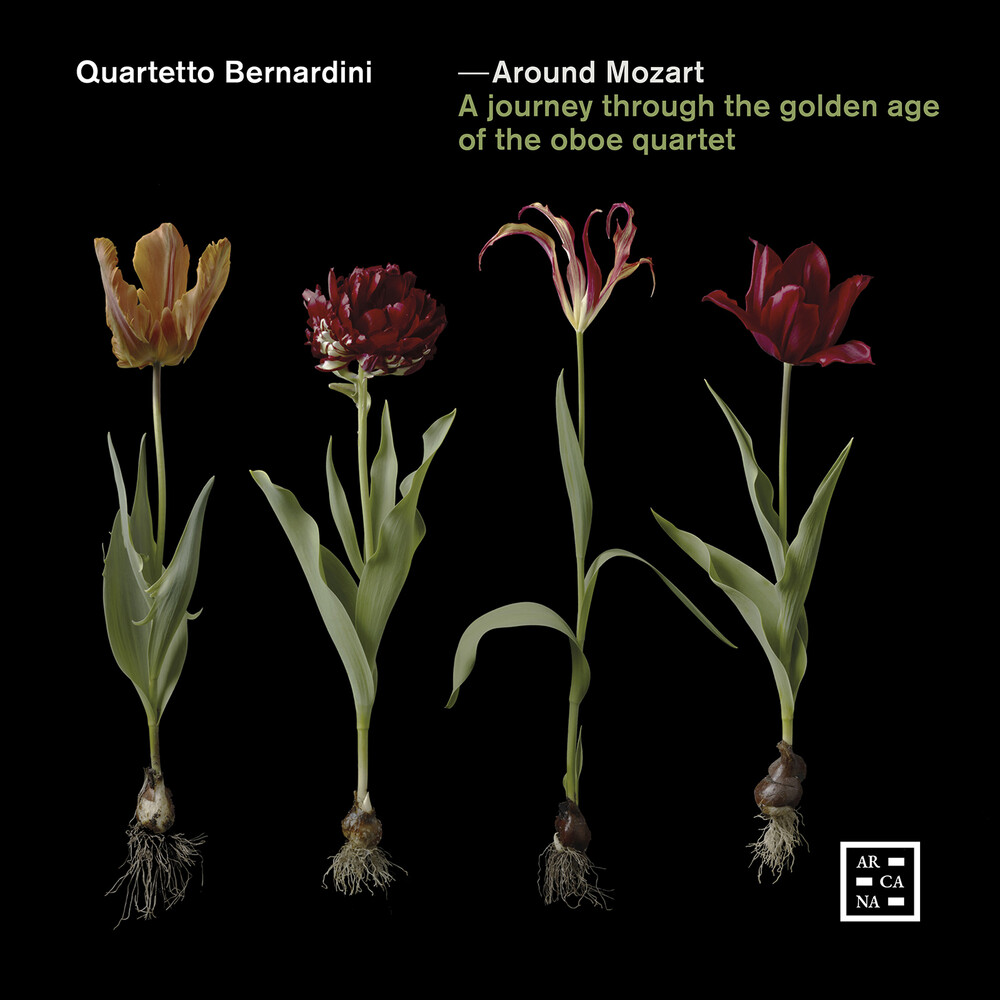 With it's debut recording, the Bernardini Quartet takes us on a journey into the golden age of it's formation, consisting of oboe, violin, viola and cello. The programme consists of a selection of exemplary pieces written between 1780 and 1818 by composers of different nationalities who are united by their diversity. Alongside Alfredo and Cecilia Bernardini, father and daughter, respectively oboist/director and first violin of the Ensemble Zefiro, the members are the German violist Simone Jandl and the Dutch cellist Marcus van den Munckhof. The programme begins with one of the earliest quartets for these forces, by Johann Christian Bach; continues with Mozart's quartet KV370/360b, a milestone of the genre, followed by a romance with variations by the French composer Charles Bochsa, a substantial four-movement quartet by the cellist Dotzauer and a delightful little quartet by Alessandro Rolla, violinist and conductor of La Scala, Milan; and ends with a meditative perpetual canon by the Bohemian Georg Druschetzky, based on a famous Lutheran chorale. For the occasion, Alfredo Bernardini used five different period oboes.