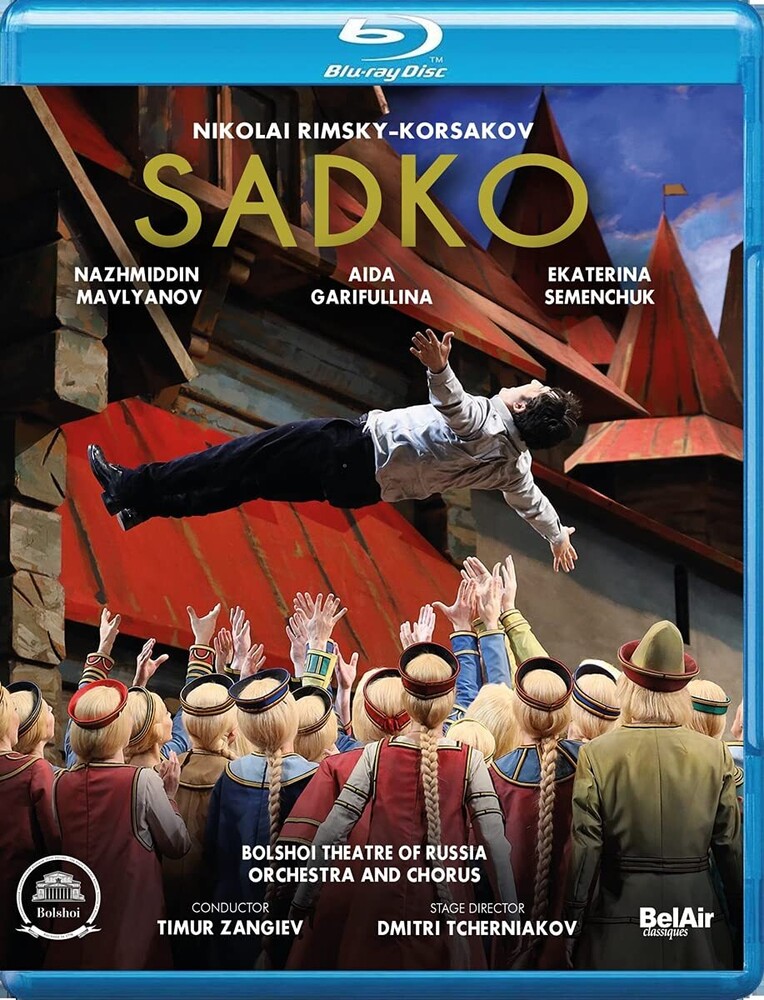 In the 13th century, the rich merchants of Novgorod mock the dreams of far-away journeys and of commercial conquests brought forth by Sadko, a musician and singer. But Volkhova, the Sea King's daughter, is enchanted by Sadko's voice, and promises to help him fulfill his dreams... Sadko is a decisive work in Nikolai Rimsky-Korsakov's aesthetic evolution. As in many operas, the composer draws his artistic material from Russian folk and fairytales, but also from old musical and poetic forms. The result is a prodigious opera, whose modernity - both dramatic and musical - erupts from the fabulous resources of traditional Russian epics, but also from the wonders of the marine universe, close to his former navigator self's heart. A subtle analyst of the slavic soul, stage director Dmitri Tcherniakov comes back to the great stage of the Bolshoi Theater and devises a surprising production that perfectly underlines the ambiguities of this paradoxical opera, between past and present, fantasy and reality. He surrounds himself with magnificent Russian soprano Aida Garifullina, but also some of his favorite singers : Mikhail Petrenko, Ekaterina Semenchuk... In the pit and at the head of the Bolshoi Theater Orchestra, young Russian conductor Timur Zangiev breathes in this little-know masterpiece all the energy, all the poetry, and all the passion it requires.