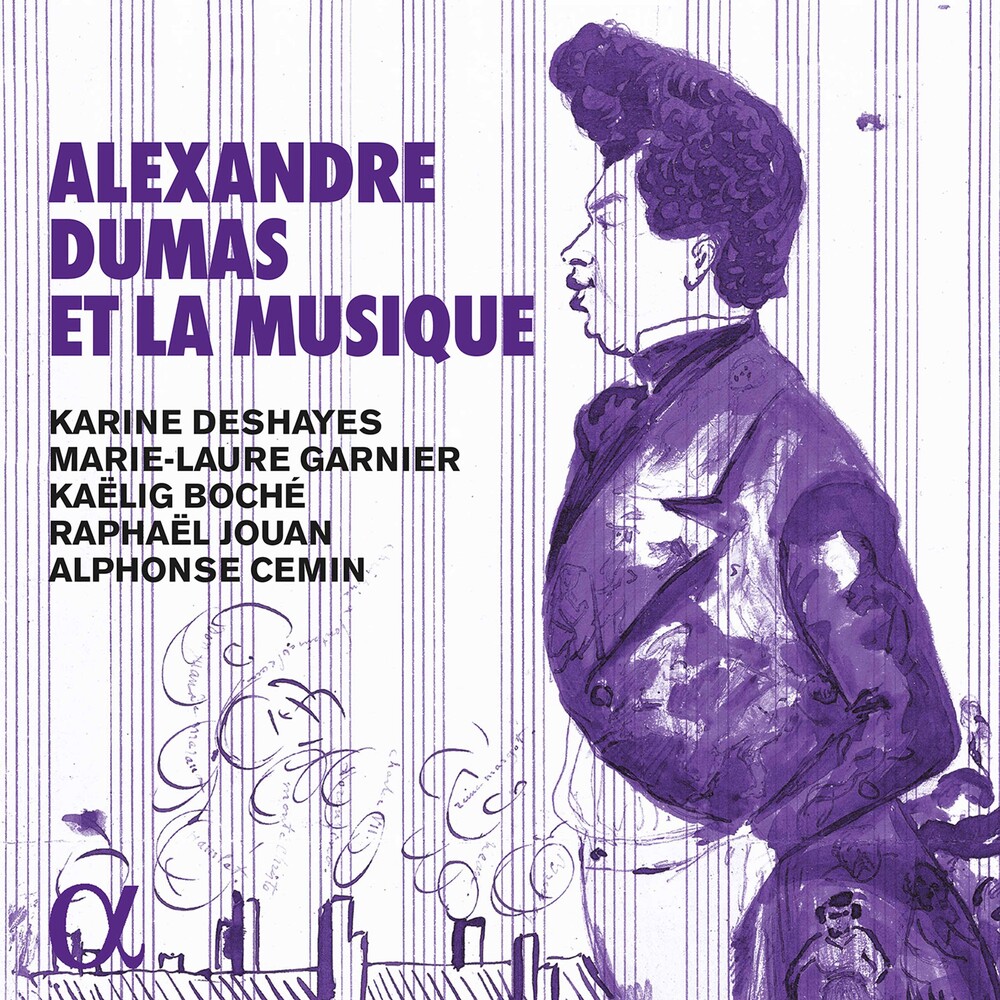 'There are few people as susceptible to certain musical beauties as I am; the more learned and complicated the instrumentation, the less I sense it, the faster it escapes me; on the contrary, if a simple and melancholic motif appears, I feel flooded with infinite sweetness,' Alexandre Dumas once said. To mark the 150th anniversary of the great writer's death, this album celebrates Dumas and music: 'Despite the incompatibility of poetry and music, the origin of which lay, he felt, in the excessive proximity between the two,' writes Claude Schopp, the eminent Dumas specialist, in the booklet that accompanies this recording, 'Alexandre Dumas agreed to collaborate with composers, writing opera libretti for Hippolyte Monpou and Ambroise Thomas... The list of those who borrowed verses from Dumas's pen is a mixture of obscure and illustrious names': Hector Berlioz, Joseph Doche, Gilbert Duprez, Cesar Franck, Franz Liszt, Henri Reber, Francis Thome, Alphonse Varney among them. This programme, conceived in collaboration with the Association Jeunes Talents, presents an anthology of those settings, coupled with melodies by Jules Massenet, Henri Duparc and Benjamin Godard.