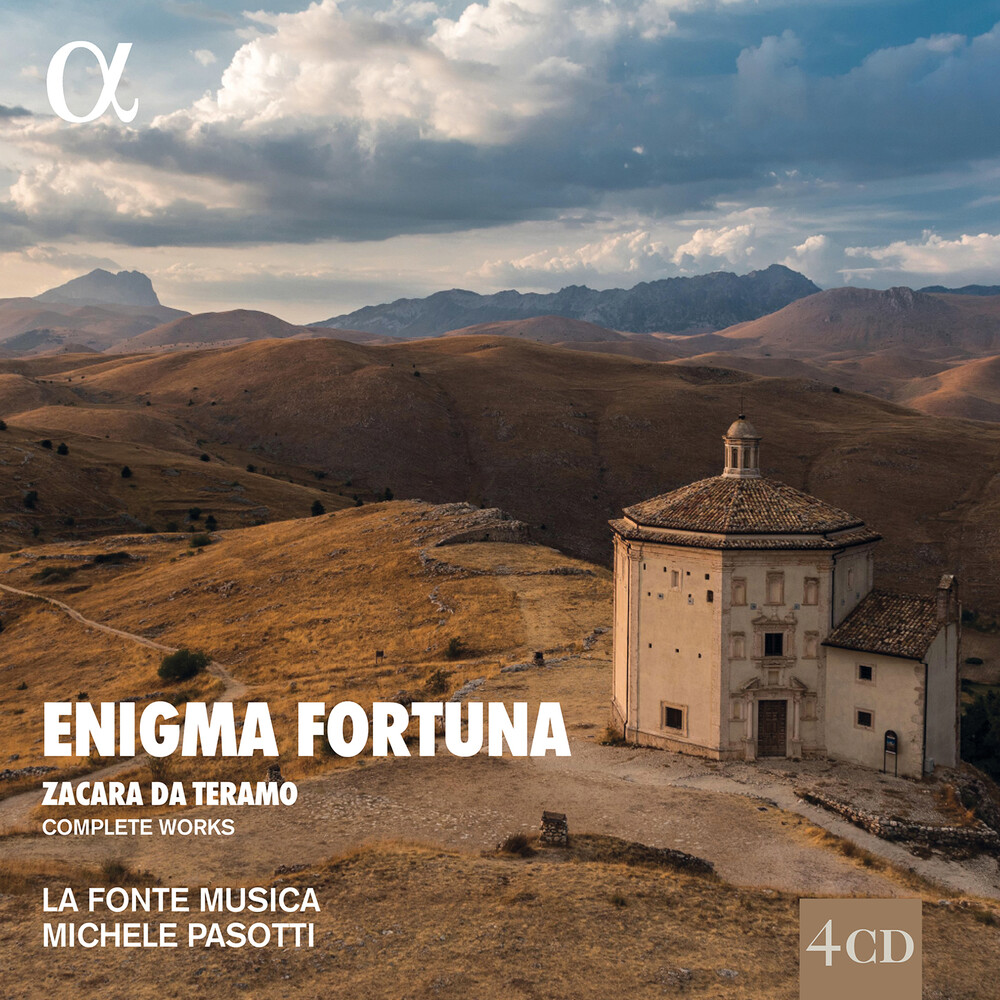 In this recording entitled Enigma Fortuna, the ensemble La Fonte Musica, directed by Michele Pasotti, aims to shed light on the mysterious and eccentric personality of Antonio Zacara da Teramo (1355-1416). A contemporary of Boccaccio, Donatello and Brunelleschi, this composer from the Abruzzi region could almost be likened to a sort of musical Hieronymus Bosch, for the texts he set to music conjure up a 'topsy-turvy universe' where the obscene, the imaginary and the grotesque go hand in hand. In his ballata Amor ne tossa he writes 'Let him understand me who can, for I understand myself', foreshadowing the proud egotism of the Romantic artists who were to come 400 years after him. With this four-album set presenting the world premiere of Zacara's complete works, La Fonte Musica offers us an initial approach to understanding his music. And thereby, through the timeless character of art, to understanding a so-called 'renascent' era that seems as 'topsy-turvy' as our own.