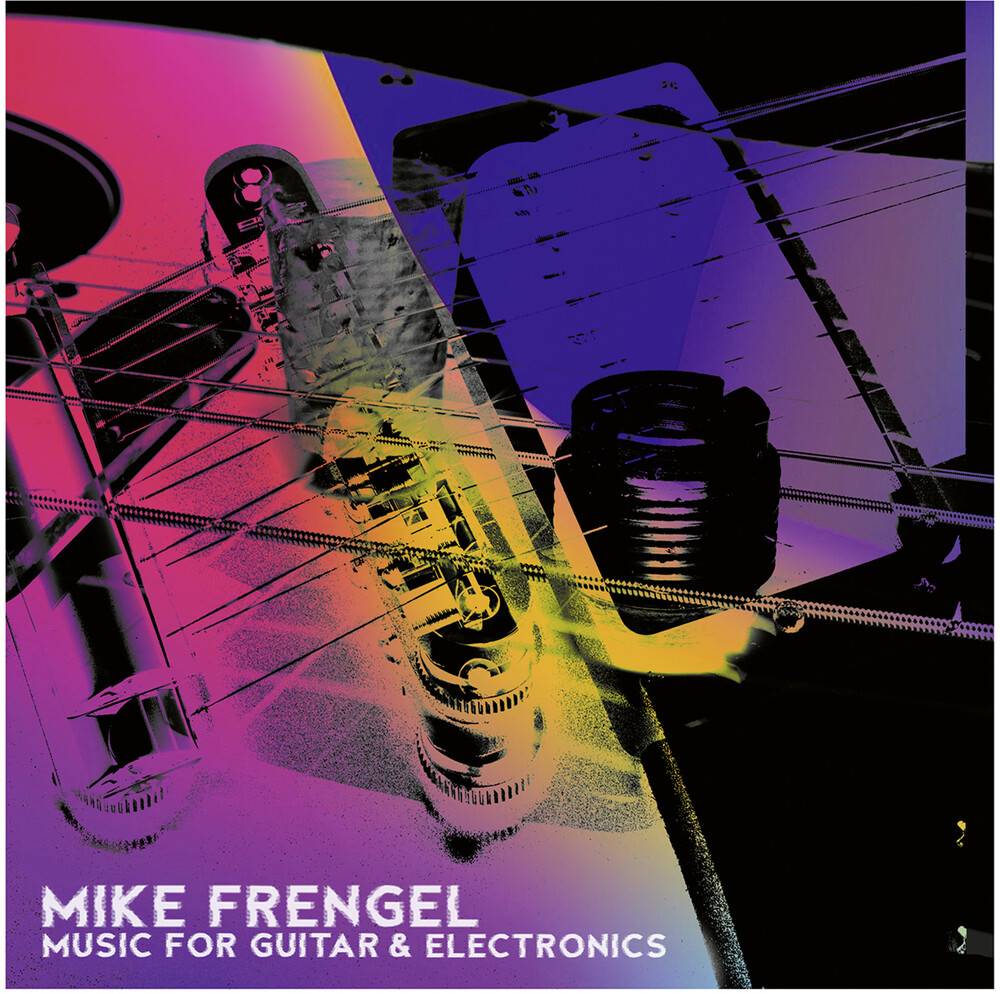 Ravello Records proudly presents MUSIC FOR GUITAR AND ELECTRONICS, an album of original works for guitar from composer Mike Frengel. The collection spans 20 years of Frengel's creative output and features unconventional guitar tunings, instrumental preparations, and virtuosic performances. Even for a genre that famously balks at convention, MUSIC FOR GUITAR AND ELECTRONICS is an exciting departure from what we're used to in the electronic music world. Upon hearing the new album, it comes as no surprise to learn that Frengel is something of an expert in this field. His book The Unorthodox Guitar: A Guide to Alternative Performance Practice, published by Oxford University Press in 2017, reflects his fascination with the guitar and his obsessive quest to engineer new ways of playing it. Hotbird, the first track on the album, utilizes a "prepared" guitar which emits rattling harmonies and alien harmonics. This piece and those that follow highlight Frengel's desire to wed live recorded performances with electronic manipulation, pushing the guitar to sound and behave like nothing we have ever heard before. Later, the three-movement work Country Roads incorporates sounds from country western, like the tone bends of a pedal steel and double stops. But this is no Randy Travis tune-amid the ambient sounds of a barnyard, we hear the twanging notes dip and rise like gunshots, eschewing traditional tonality for a host of timbral fascinations. Later, the second movement incorporates Travis picking, with a third movement that includes the sound of an electric guitar bowed with a drumstick. Electronic music composers are often considered to be on the creative forefront, the true avant-garde. If this is so, Frengel is out at the bleeding edge, taking an instrument we all thought we knew and reimaging it's potential.