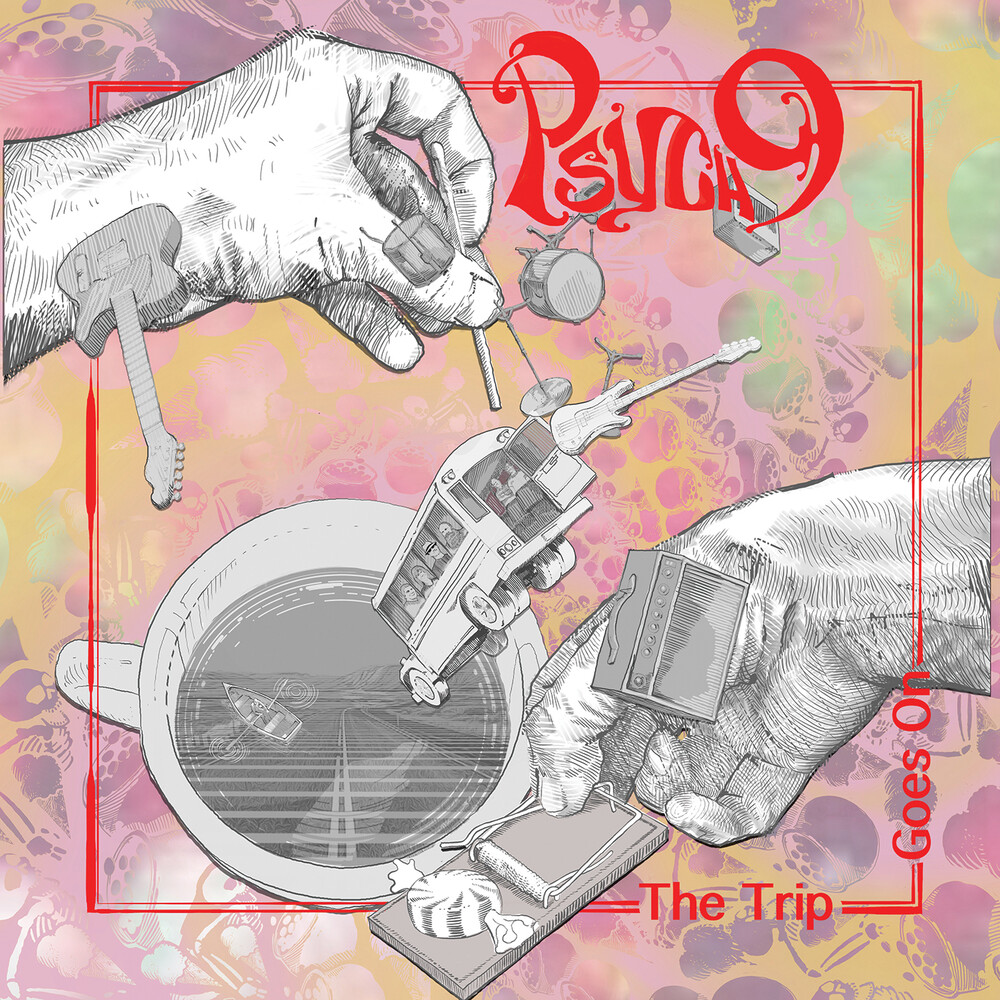 Psych 9 is the outgrowth of the neo-psychedelic band Plan 9, formed in 1979 and named for the 1950s science fiction film Plan 9 from Outer Space. The gruoup was formed by a beach community of musicians looking to create something different and not having a scene to do it in. Many albums and tours later Plan 9 was inducted into the RI Music Hall of Fame in 2017. After that honor a new album was planned, but band leader Eric Stumpo tragically passed away in 2019. The remaining members decided to continue the music and vibe as 'Psych 9' with their new album "The Trip Goes On". Psych 9 hails from Rhode Island, USA. The band rips through psychedelic, garage band, hardrock, progressive, jam band rock styles and much more. Their first album, "The Trip Goes On", showcases the talents of multiple singers and songwriters, resulting in an eclectic mix that is never predictable or boring. The band is composed of Brian "BT" Thomas and John Devault on guitars and vocals, Frank Villani and Mike Meehan on drums and vocals, and Gary Klimala on bass.And it does go on, from the early 80s tours, when they were noted as the "guitar army", with the swirling lead guitars on "Vaingloria" and "Safe Space", showcasing the songwriting of John DeVault, - one of the band former songwriters.Mike Meehan, also present in the 1980's recordings, brings his influences from Irish Folk and psychedelic vibe in "Won't Go Back" and "Breathe New Air." The solid rock of "Your Friend" and "My Life" come from Plan 9 bassist/songwriter Roger Vaughn. And there's of course a garage rock vibe to the songwriting of Brian "BT" Thomas in "MaryJane" and "Hot Stone Age Girl," the latter a political criticism of President Jair Bolsonaro. Lastly Psych 9 is psyched to showcase songs contributed by the late Eric Stumpo which exemplify Eric's rock legacy of songwriting.