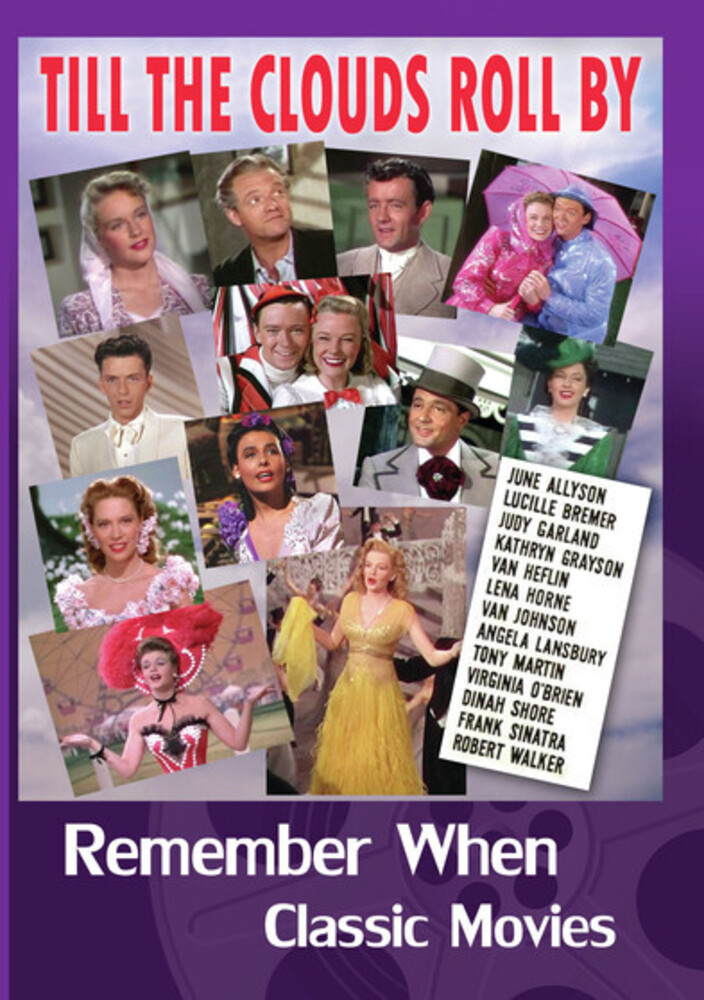 Till the Clouds Roll By is an American film which is a fictionalized biopic of composer Jerome Kern portrayed by Robert Walker. Kern was originally involved with the production, but died before it was completed. It has a large cast of well-known musical stars of the day who appear performing Kern's songs. It is also the first in a series of biopics about Broadway's composers. Some of the well-known stars which appear in the film are: Judy Garland, Lena Horne and Frank Sinatra as well as Van Johnson, Dinah Shore, Cyd Charisse, and Angela Lansbury. Just some of Kern's songs which are performed in the film are: Cotton Blossom, Where's The Mate for Me, Make Believe, Can't Help Loving Dat Man, They Didn't Believe Me, Ol' Man River, Look for the Silver Lining, Sunny, Who?, I Won't Dance, Smoke Gets in Your Eyes, The Last Time I Saw Paris, Yesterdays', Long Ago and Far Away, A Fine Romance, All the Things You Are, and Why Was I Born? This is a truly memorable film which pays tribute to a truly unforgettable and irreplaceable American composer - Jerome Kern.