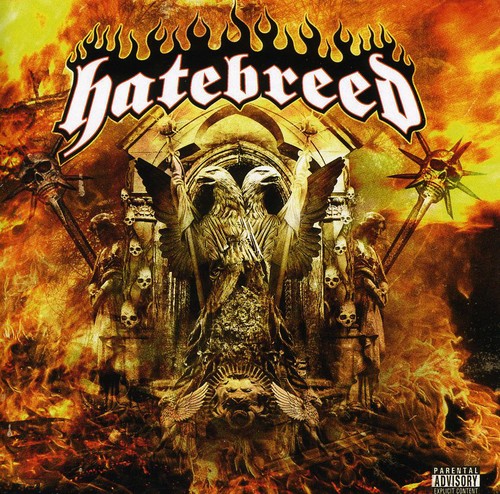 Hardcore metal leaders Hatebreed are return with a brand-new self titled album, the long-awaited follow-up to 2006s SUPREMACY project. The new album follows the successful release of the #1 charting Billboard DVD, LIVE DOMINANCE and the recent release of the bands covers album, FOR THE LIONS. The new album is a brutal return to form for the quintet.

''Hatebreed'' is the fifth studio album from American metalcore band Hatebreed. The album was released on September 29, 2009. Frontman Jamey Jasta had this to say regarding the new album: "This is our fifth studio album and it's a monster! We've survived some pretty rough times and the music shows it. There was no reason to change the recipe that our fans know and love but we added a few brutal new ingredients and we're more than amped on the results. Violence is a given!" - Wikipedia