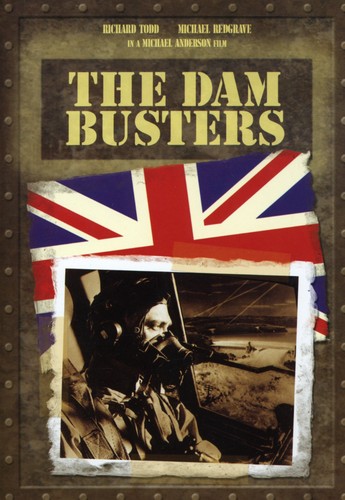 A much-loved British classic, Michael Anderson's 1954 drama captures the tension and bravery of an audacious raid on the centre of Nazi Germany's industrial complex, and the quintessentially English combination of inventiveness and dogged determination. Split into two distinct sections, the film deals first with the fraught, but ultimately successful development of a new weapon by Dr. Barnes N. Wallis (Michael Redgrave). The second and pacier section deals with the mission itself during the British raid on the Ruhr Dams, and it's associated costs for the enemy and for the British airmen. Adapted by R.C. Sherriff from Paul Brickhill's book Enemy Coast Ahead and featuring superlative special effects photography by Gilbert Taylor (to say nothing of Eric Coates' stirring theme tune), The Dam Busters was Britain's biggest box-office success of 1955. Shot in black and white to allow the integration of original footage of the bomb trails, the film boasts a 'gritty', documentary-style reality.
This website uses cookies to personalize content and analyse traffic in order to offer you a better experience.
I accept Learn More
back to top